UK Woman Singing 'Shallow' After Being Asked to Finish Lyrics Will Take You by Surprise; Lady Gaga Are You Listening? (Watch Video) 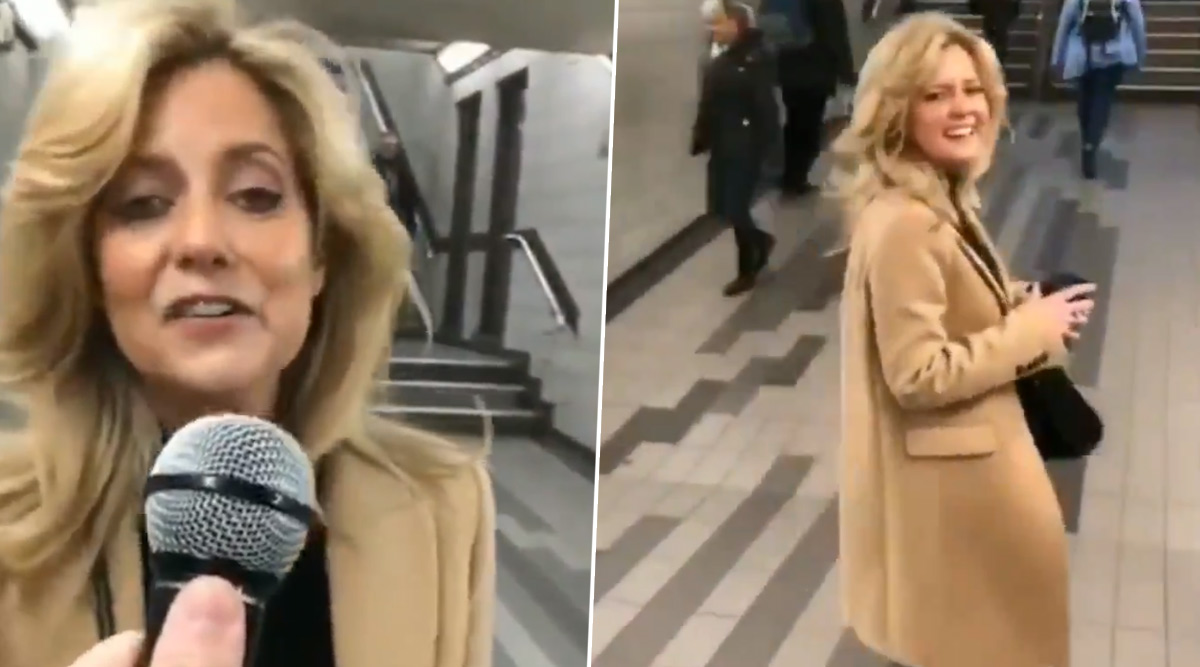 Social media is a great place to showcase hidden talents. Every other day we come across videos of people dancing and singing much to our amuse on the internet. From babies, children to adults, there are a lot of talented people out there. And one such talent was recently discovered quite randomly. Video of a woman being stopped by content creator Kevin Freshwater inside a subway station and asked to sing 'Shallow' has gone viral on social media platforms. She sings the song just like Lady Gaga and netizens are a little too surprised. And we wonder if Gaga has seen it yet?

Kevin Freshwater hosts an online talk-show on YouTube in which he sometimes runs a segment called 'Finish the lyrics'. He takes a camera and microphone to unsuspecting passersby and asks them to complete the lyrics of songs. He records the performance and posts it on his social media platforms. While his segment has found many talented people until today, this woman simply blew him away with her voice.

A video of a British woman randomly being challenged to sing Lady Gaga and Bradley Cooper’s “Shallow” is currently going viral across the internet.

Shallow is the song from the movie A Star is Born starring Lady Gaga and Bradley Cooper. While the song is an absolutely stunning one, the couple's chemistry made it even more amazing. As the video went viral, internet users like always were in the quest to find out who the woman was. Netizens identified her as Charlotte Awbery and according to her Instagram bio she is a singer and songwriter. People also started sharing other videos of her singing. Towards the end of the video, an amazed Kevin asks her if she is a singer and she says yes.