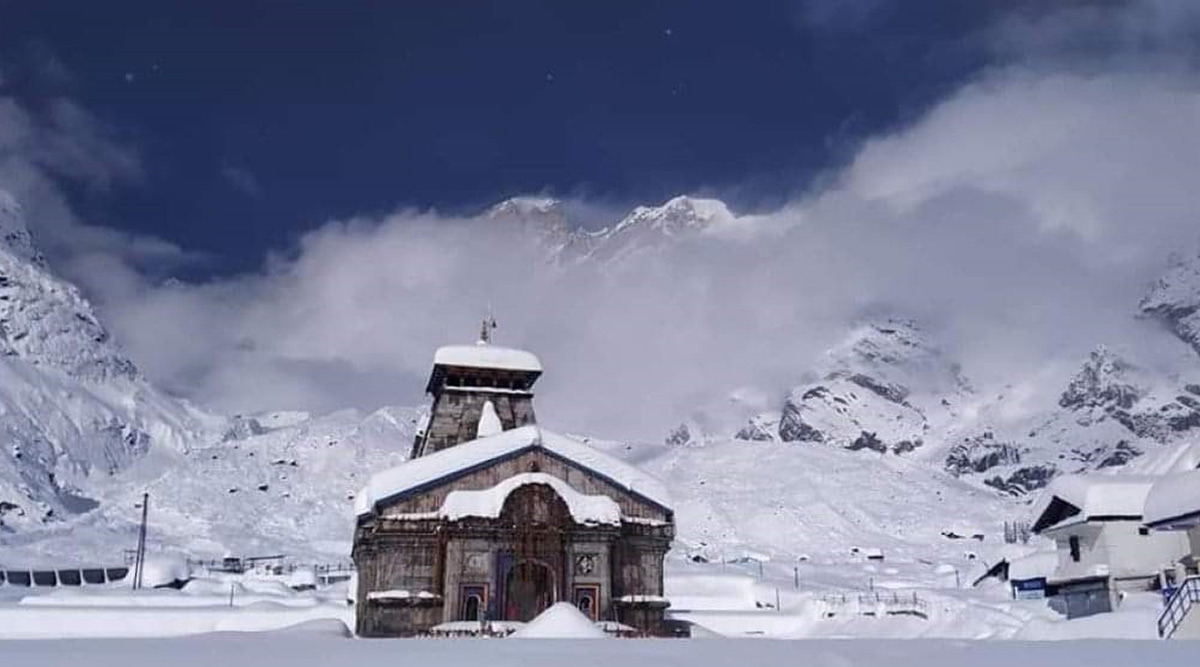 Rudraprayag, December 26: Mountains around Kedarnath Temple in the hilly state of Uttarakhand covered with a sheet of snow, following heavy snowfall in the region. The entire temple wore a thick blanket of snow as the temperature fell drastically in Rudraprayag district in Uttarakhand. The pictures of the snow-covered holy shrine have surfaced on social media. Winter 2019: Cold Waves Grip North India as Mercury Dips Following Snowfall in The Hills, Badrinath Temple in Uttarakhand Covered in Snow, See Pics.

Last month also, pics of the holy shrine covered with blanket of snow surfaced on social media. Meanwhile, the cold wave continues to grip North India. As the temperatures dipped in Uttarakhand, schools in Haridwar will remain closed on Friday. Meanwhile, the India Meteorological Department (IMD) predicted severe cold spell in North India over the next couple of days. Wednesday was recorded as the coldest day of this season in Dehradun and the state capital.

Earlier on Wednesday, cold conditions continued in the national capital as it witnessed a foggy morning with the mercury at 5.4 degree Celsius, three notches below the season's average, the weather office said. According to the India Meteorological Department, Delhi has so far recorded longest and extremely cold spell in December since 1997. It also said that while Delhi witnessed 17 cold days in December 1997, this time it has recorded 10 cold days in a row.