Patralekhaa has shared a mushy picture on Instagram in which she can be seen all cozied up with hubby Rajkummar Rao during their vacay in Paris.

When in Paris, who would miss to capture the moment in front of the Eiffel Tower? Well, Rajkummar Rao and Patralekhaa gave a glimpse of their Parisian vacay on social media by sharing a mushy picture. The couple can be seen posing in front of the Eiffel Tower. Arjun Kapoor, who had recently been to Paris with Malaika Arora to ring in his birthday, dropped a funny comment on the couple’s post. He mentioned, “Arre yeh location jaani pehchani hai”. Arjun Kapoor’s Lovey-Dovey Pictures With Malaika Arora From Paris Is Giving Us Major Couple Goals!

Rajkummar Rao And Patralekhaa In Paris 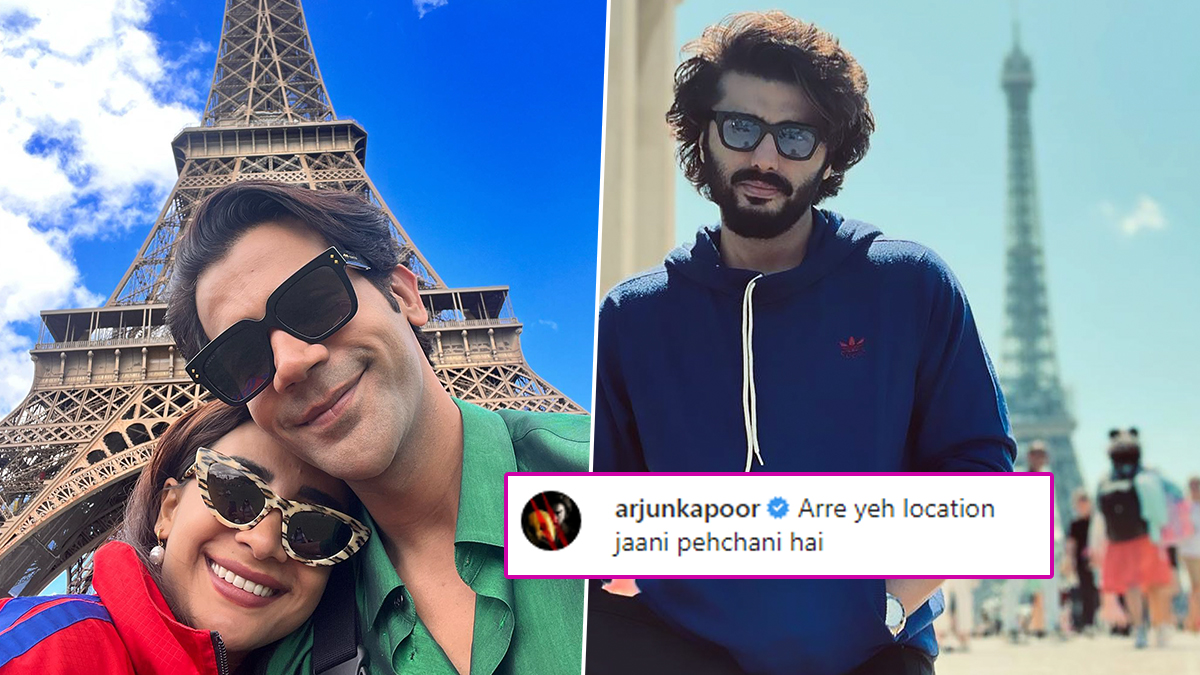