Richa Chadha has issued apology over her reaction on Northern Army Commander Lieutenant General Upendra Dwivedi’s statement for which she was slammed.

Richa Chadha had shared a tweet, which is now deleted, captioning it as ‘Galwan Says Hi’ after which she was slammed for insulting Indian Army. The actress retweeted Northern Army Commander Lieutenant General Upendra Dwivedi’s statement that stated the Army is ready to take back PoK if the government issues the order. BJP leader Manjinder Singh Sirsa reacted over Richa's tweet and said that the actress ‘Insulting our armed forces is not justified’. Richa issued apology for her tweet. She mentioned, “If the 3 words which are being dragged into a controversy have offended or hurt anyone, I aplogoise and also say that it would sadden me if even unintentionally my words have triggered this feeling in my brothers in the Fauj of which my own Nanaji has been an illustrious part.” India-Pakistan Ceasefire Agreement: ‘We’ll Give a Befitting Reply if Ceasefire Understanding Is Broken’, Says Lt General Upendra Dwivedi (Watch Video). 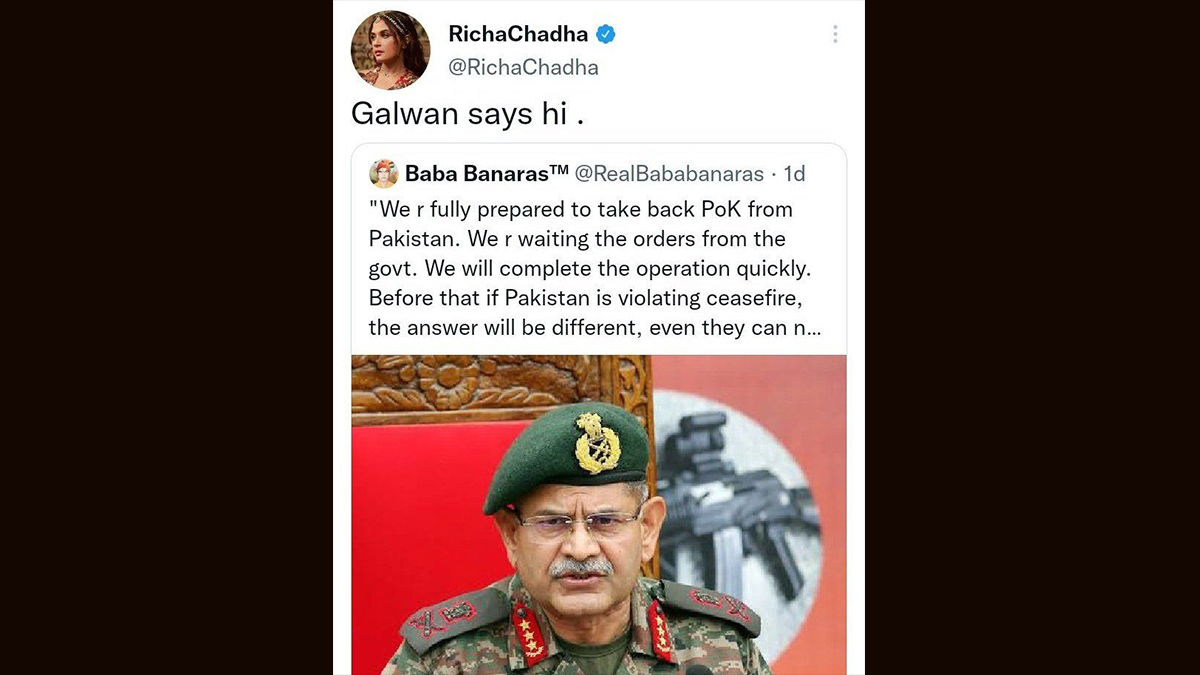 Apology Note From The Actress