Sania Mirza, Rohan Bopanna Through to Mixed Doubles Semifinal at Australian Open 2023 After Getting Walkover in Quarterfinal

The official website of the Australian Open has also confirmed this development. Rohan Bopanna and Sania Mirza are now two steps away from winning the title in this category.

Sania Mirza and Rohan Bopanna have advanced to the semifinal of mixed doubles at the Australian Open 2023 after they got a walkover in the quarterfinal on Tuesday, January 24. The Indian duo were slated to face Jelena Ostapenko and David Vega Hernandez in the quarterfinal, but the latter two pulled out. Rohan Bopanna himself announced this news on social media as he wrote, "Lets just say we're moving on." The Last Dance’ Sania Mirza Takes to Social Media After Australian Open 2023 Women’s Doubles Exit As She Sets Focus on Mixed Doubles in her Last Grand Slam 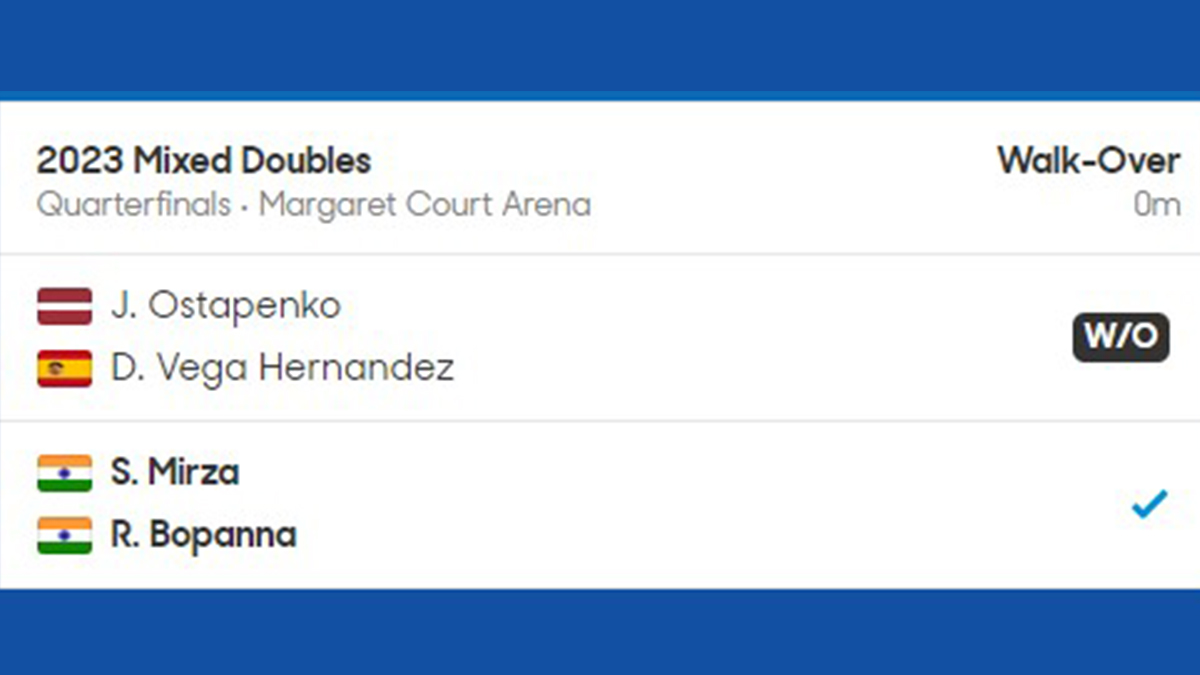