After 2018 Women's World T20 Controversy ' I Was Ready to Walk Away', Says Harmanpreet Kaur 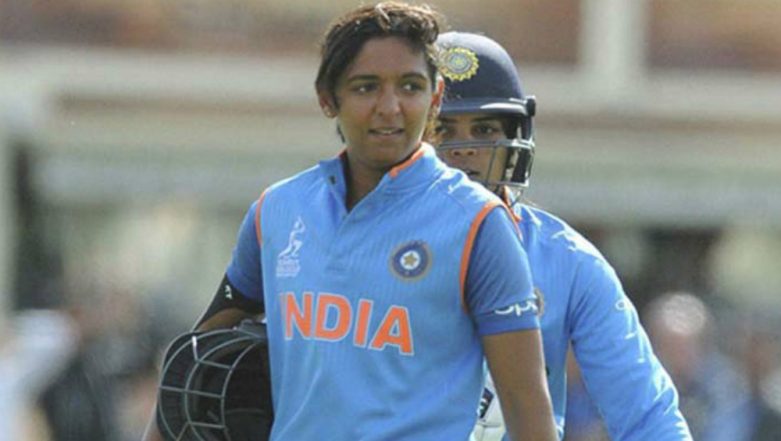 New Delhi, May 24: Harmanpreet Kaur, captain of the women's T20 India team, has revealed that she was "ready to walk away from the game" after the controversy that erupted in the 2018 Women's World T20 tournament.

The exclusion of senior batswoman Mithali Raj from the semifinal game against England - which India lost - had created a controversy with many questioning the decision of the team management.

Harmanpreet, who was leading the side in the tournament, had defended the decision by saying they wanted to stick to their combination which won them the previous game against Australia.

In an interview with ESPNcricinfo, Harmanpreet has said that whatever happened during the tournament was "immensely draining" for her.

Harmanpreet, who played for 87 consecutive ODIs, missed the ODI series against England -- held in February-March -- for the first time since 2010 after twisting her left foot.

She said that the break she got proved to be a blessing in disguise for her after all that happened in the World T20 in West Indies.

"I had almost made up my mind to let my parents know that I wanted to take a break. I don't want to hold on to a spot in the Indian team just because I am a senior player. I wanted to get away from cricket.

"Look, I was to play in the WBBL after the World T20, and for a while, after coming from the West Indies, I was even considering only playing in the overseas leagues and then making my way back into the Indian team," she added.

The T20 skipper further revealed that for several times she was asked by the support staff to go up to people and say sorry in order to keep the dressing-room environment all right.

"If the team environment gets better because of my saying sorry, I'll do it. And I've done it. Ask the people I've apologised to and they will tell you whether or not I have.

"But this time I was like, 'No, I've had enough'. These false allegations are way too mindless for me to lose my sleep over. If certain situations are not meant to get better, you cannot fix them, no matter how many apologies you offer," she added.

The 30-year-old also said that after the World T20 controversy, she changed a lot as an individual during the two-month break she got before the Women's T20 Challenge.

"Before the World T20, things that would happen on the field or outside the field used to affect me a lot, because when I'm into something, I give it my all. And when I could see I was giving my 100 per cent to the team but somebody else wasn't, it really upset me, because in a team sport you cannot put your own interests ahead of the team's.

"But the two-month break gave me perspective. I realised you have to ignore those things because no matter how much you try or the team tries, you cannot make everyone happy," Harmanpreet added.