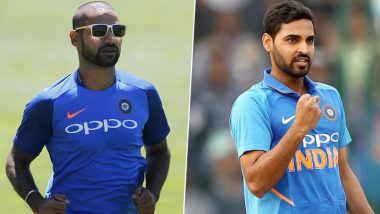 After India’s comprehensive victory in the 2nd T20I against Bangladesh, opener Shikhar Dhawan turned on his Bollywood mode and showcased his acting skills. The southpaw shared a video on social media website Instagram in which he mimicked Akshay Kumar’s character Harry aka Bala from Housefull 4. In the video, Dhawan is having a conversation with Khaleel Ahmed. However, he forgets everything whenever Yuzuvendra Chahal makes a loud sound with a spoon and a bowl. The video seemed hilarious but Bhuvneshwar Kumar took the opportunity to troll the Indian batsman. The right-arm pacer commented “Bhulne k acting K kya zarurt wo to natural talent hai” (What is the need of acting, forgetting is your natural talent). Shikhar Dhawan Shares Video Thanking the Crowd at Rajkot for Their Support During IND vs BAN 2nd T20I Match, Captions it ‘Kudos to Rohit Sharma for His Great Knock’.

Dhawan is known to be a flamboyant personality and never leaves out any opportunity to entertain his fans. However, his tendency to forget things is also revealed by many cricketers like Virat Kohli and Rohit Sharma. On this occasion, Bhuvi also didn’t let go of the chance and took a dig at the left-handed batsman. Both the cricketers have played a lot of cricket together and seem like sharing a great rapport. Meanwhile, let’s look at Dhawan’s video and the hilarious comment made by Bhuvneshwar. Bhuvneshwar Kumar Injury Update: Indian Pacer Recovering From Hamstring and Side Strain. 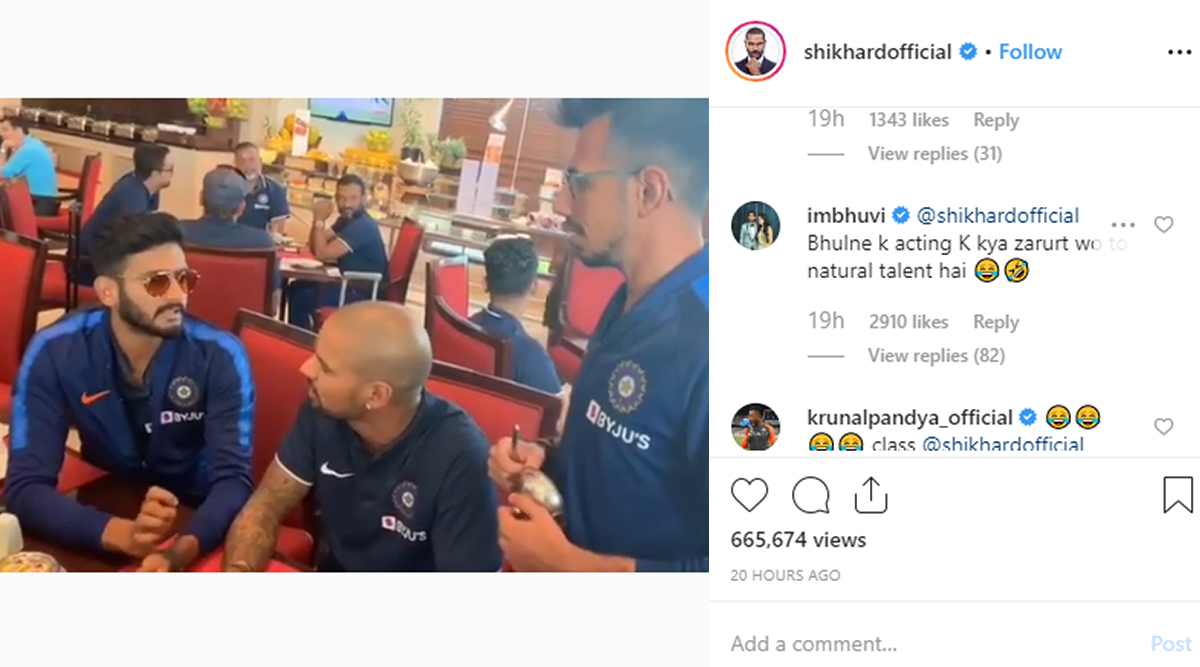 Talking about Shikhar Dhawan, the southpaw is currently participating in ongoing India vs Bangladesh T20I series. The three-match affair is perfectly poised at 1-1 and the decider is to be played at Nagpur on November 10. On the other hand, Bhuvneshwar is recovering from a hamstring injury and will be eyeing to make a come back soon.

(The above story first appeared on LatestLY on Nov 09, 2019 10:33 AM IST. For more news and updates on politics, world, sports, entertainment and lifestyle, log on to our website latestly.com).