Both Bulgaria and Romania are coming on the back of victories against Serbia and Greece, respectively. 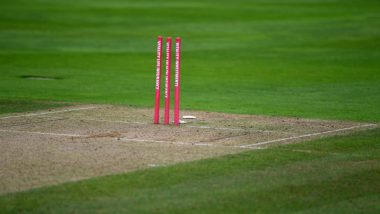 After registering a thumping victory over Serbia in their first match, Bulgaria would be upbeat and high on confidence when they take on Romania in their second match of the Sofia T20 series on Friday. The match would be played at the National Sports Academy Vasil Levski and would begin at 04:00 PM IST (Indian Standard Time). Both these sides have had winning starts on Thursday. Aravinda De Silva was Bulgaria's star of the match, scoring an unbeaten 100 off just 60 balls, hitting eight fours and as many sixes. He was also aided by Sulaiman Ali's 49 off 31 balls and Bakhtiar Tahiri's 42 off 26 deliveries as Bulgaria hit the Serbia bowlers all round the park to end up scoring a mammoth 208/2 in their first innings. Serbia, under the pressure of chasing such a total, lost the match by 61 runs.

Romania too had registered dominant a win in their first match. Chasing a 158-run total set by Greece, Romanian batsmen, led by skipper Ramesh Satheesan's 70, chased down the total in just 12.5 overs. They would expect a similar sort of performance against Bulgaria on Friday.

When Is Sofia T20 2021 Tournament, Bulgaria vs Romania? (Know Date, Time and Venue)

Bulgaria vs Romania clash in Sofia T20 Tournament will be played at the National Sports Academy in Sofia on June 25, 2021 (Friday). The match has a scheduled time of 04:00 pm IST (Indian Standard Time),

Where To Watch Sofia T20 2021 Tournament, Bulgaria vs Romania Clash?

Bulgaria vs Romania clash in Sofia T20 Tournament won’t be available on TV in India as there are no official broadcasters of the competition in the country.

Fans can enjoy the Bulgaria vs Romania clash in Sofia T20 Tournament on online platforms. FanCode will provide the live streaming of the competition on its website and app. However, fans need to pay a nominal fee to watch the live-action.

(The above story first appeared on LatestLY on Jun 25, 2021 01:51 PM IST. For more news and updates on politics, world, sports, entertainment and lifestyle, log on to our website latestly.com).