Hardik Pandya Removed From India A Squad After He Fails Fitness Test, Vijay Shankar Replaces Him For Series in New Zealand 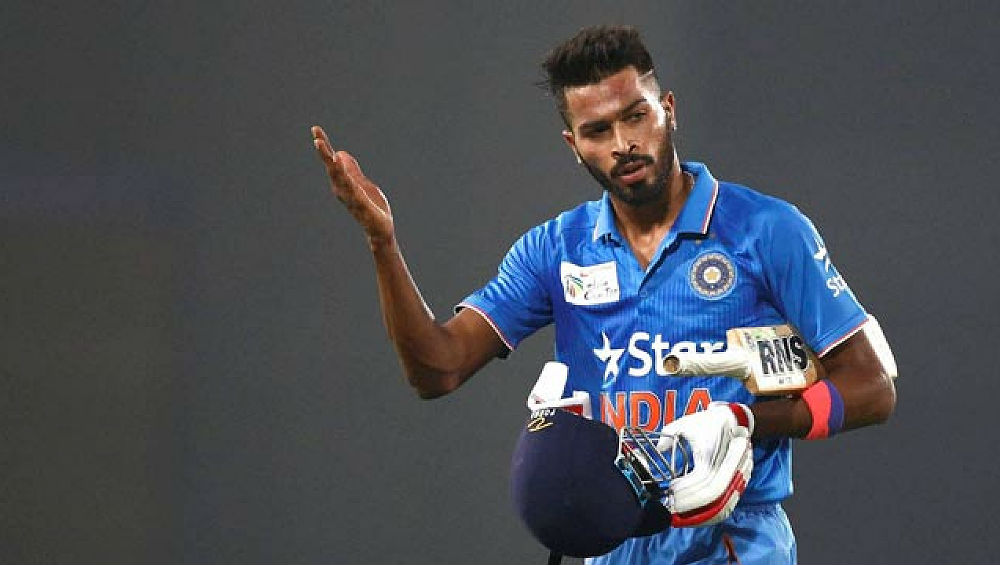 New Delhi, January 11: India all-rounder Hardik Pandya had to be removed from the India ‘A team that is headed to New Zealand after he failed the fitness test in Mumbai on Saturday. All-rounder Vijay Shankar has been picked as replacement and is headed to New Zealand where the team will play two 50-over warm-up games, three List A games and two four-day unofficial Tests.

Speaking to IANS, a source in the know of developments confirmed the same. "Yes, unfortunately, Pandya has failed the fitness test and has been withdrawn from the team. Vijay Shankar is on the flight to New Zealand in his place," the source said. The India ‘A' team doesn't undergo the Yo-Yo test anymore, but Pandya failed the mandatory fitness test that a player undergoes while making a comeback post rehabilitation. Hardik Pandya Gets Engaged to Natasa Stankovic as Indian All-Rounder Goes Down on One Knee to Propose To His Girlfriend (See Pics and Video).

Though Pandya had himself said that he was looking to get fit in time for the second half of the New Zealand tour, he was picked for the shadow tour by the national selectors. Speaking to IANS, Pandya had said: "I will be coming back before the New Zealand series, mid-way actually. That was the plan that I play some international games, the IPL and then the World T20. The biggest concern was the World T20 which touch wood is now in place.

"I was managing the back, tried everything possible not to get into surgery or anything. After trying everything, we came to the conclusion that it wasn't working. I noticed that I was not able to give my 100 per cent and that meant I was not doing justice to myself and the team. That is when I decided to go for the surgery."