'Hardus Viljoen Is Lying in Bed With My Sister' Faf du Plessis Comes Up With Cheeky Reply When Asked About Team Combination During MSL T20 2019, Watch Video 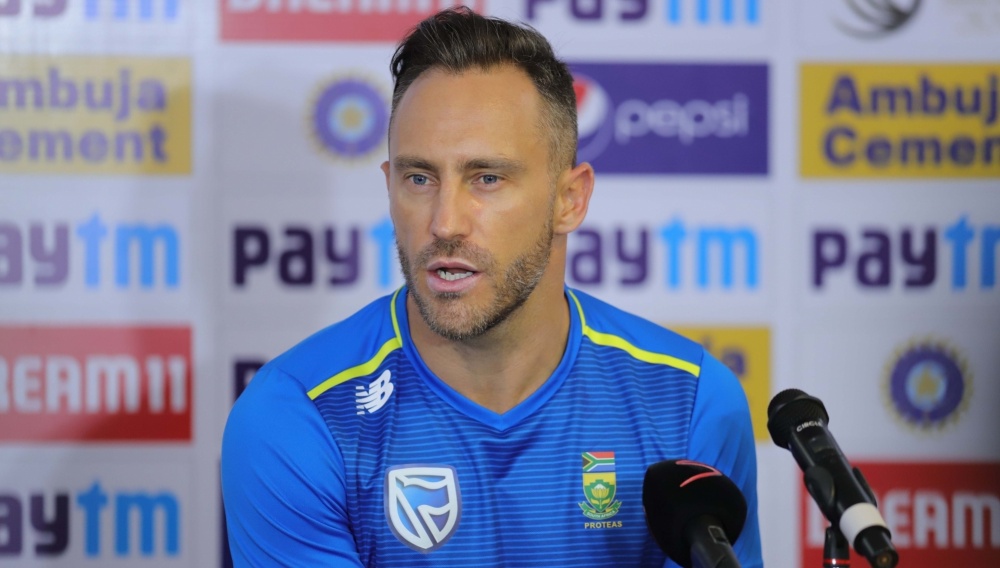 Paarl Rocks’ Captain Faf du Plessis was in jovial mood ahead of the Mzansi Super League T20 2019 match against Nelson Mandela Bay Giants. When asked about team combination, du Plessis had a cheeky response. The Paarl Rocks’ skipper said, “one change, Hardus Viljoen is not playing today because he's lying in bed with my sister as they got married yesterday”. Virat Kohli Thanks Viv Richards for His Appreciation, Says ‘Thanks Big BOSS, Coming From You Means a Lot’.

Following Faf du Plessis’ reply presenter and commentators broke into laughter. Apparently, the video is now going viral on social media. Hardus married his fiancé Rhemi Rynners, who is Faf du Plessis’ sister. The two had been dating for a long time and were engaged for some time now. So, Faf du Plessis is not only Viljoen’s captain but brother-in-law as well.

Meanwhile, after winning the toss, Paarl Rocks scored 168 for five in their allotted 20 overs with Cameron Delport ending as the top-scorer with 39 runs off 22 balls. Paarl Rocks are placed second on the Mzansi Super League 2019 points table with five wins from nine matches. Virat Kohli Loves Amitabh Bachchan’s Reaction to His 'Chequebook Celebration’ During IND vs WI, 1st T20I (Watch Video).

Check Out the Video:

Viljoen has played just one Test for South Africa as he signed a three-year Kolpak deal with Derbyshire. He made his Test debut against England at Johannesburg in 2016 and picked a wicket of Alastair Cook on his first ball in Test cricket. Former England captain Cook happens to be his only Test wicket.