ICC Cricket World Cup 2019: Check out the List of Cricketers Who Walked Away With Player of the Tournament Trophy Across All Editions 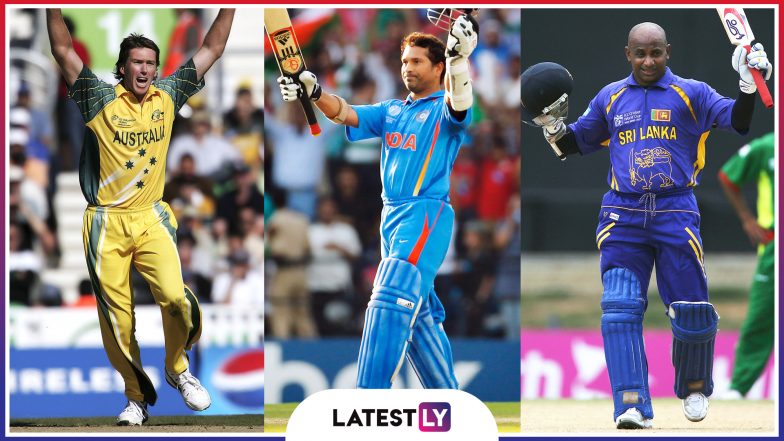 Who were the Player of the Tournament of each edition? (Photo Credits: Getty Images)

Over the years, the ICC Cricket World Cup has given us many moments which remain fresh in our memories. Whether it’s Yuvraj Singh’s form in 2011 World Cup or Mitchell Starc snapping vital wickets throughout 2015’s edition of the mega-event, the fans relish not only relish their performances but also cite examples of these players while talking about the tournament. For a long time, the International Cricket Council handed over the Man of the Match Award in the finals for their performance in the summit clash. ICC Cricket World Cup 2019 Schedule in PDF: Ticket Prices, Dates, Venue Details & Timetable Available for Download Online.

New Zealand’s Martin Crowe was adjudged as the Player the Tournament in 1992. Throughout the tournament, Crowe scored 456 runs with an average of 114.00 in the tournament which was held in Australia and New Zealand.  Crowe had scored one century and three fifties.

South Africa’s Lance Klusener was a treat to watch in the 1999 World Cup which was held in England. The South-African all-rounder not only scored 281 runs but also snapped 17 wickets in the tournament. While Rahul Dravid was the leading run-scorer (461) and Shane Warne was the leading wicket-taker. His all-around performance earned him the man of the series award.

The World Cup 2007 was hosted by West Indies, Australia’s Glenn McGrath walked away with the Player of the Tournament award as his team lifted the coveted trophy. The Australian pacer went on to snap 26 wickets in the tournament.

World Cup 2019 will begin on May 30th 2019 with the match between the hosts England and South Africa.  Virat Kohli and men will be playing their first game against South Africa at the Rose Bowl Cricket Ground.