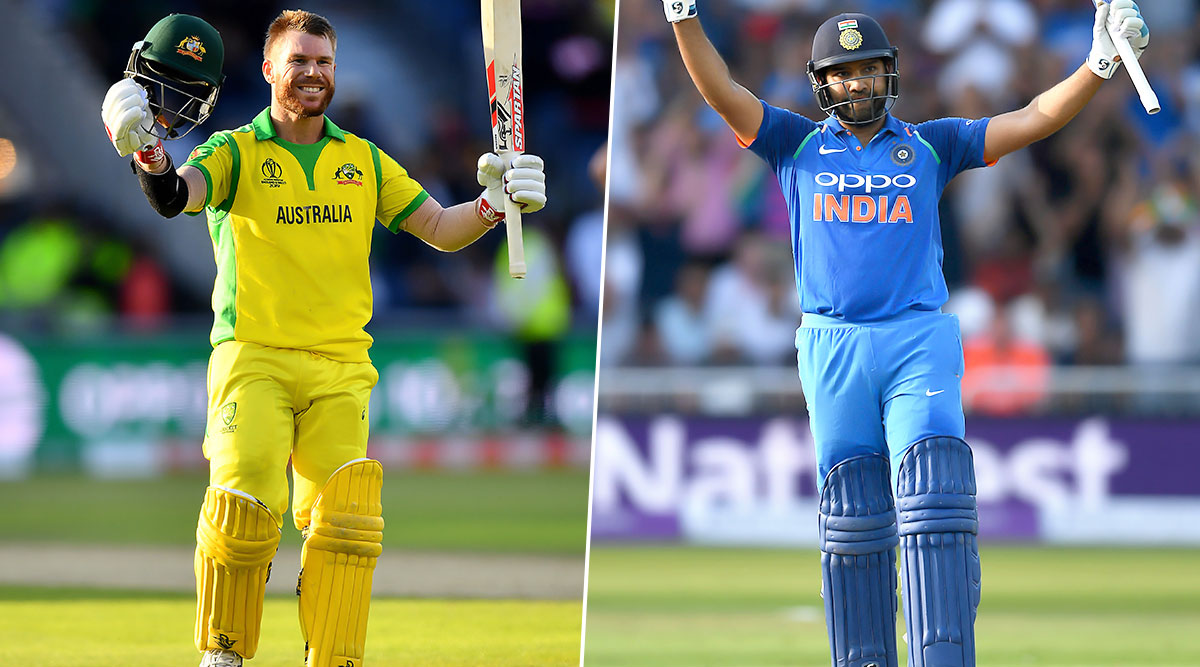 Mumbai, January 12: Both India and Australia are high on confidence after winning their respective series against Sri Lanka and New Zealand and former cricketer Dean Jones is excited to witness the upcoming contest between two finest ODI openers of the recent times -- David Warner and Rohit Sharma.

While the Men in Blue hammered the islanders 2-0 in a T20I series, the Kangaroos had whitewashed New Zealand 3-0 in Tests and now, the Aaron Finch-led Aussies will be up against the No. 2 ranked Team India in a three-match ODI rubber. KL Rahul vs Shikhar Dhawan Opening Conundrum: 3 Reasons Why Rahul Should Partner Rohit Sharma at the Top During India vs Australia ODI Series 2020.

Commenting ahead of the series, starting January 14 in Mumbai, Jones felt it would be battle between Rohit and Warner as both of them are always hungry to get runs under their belt and it will be interesting to see who of the two wins at last.

"These guys are not only physically fit, but mentally fit as well and they have a vivacious appetite for runs and I want to see who wins this battle," he added.

Jones also felt the team nowadays like to have bowlers in their armoury who could bowl over 140 kmph as any simple error against them could fetch a wicket.

"That's the thing with bowlers with a rate of 140+, when they bowl above 140 and you make a mistake, you dont have time - you get bowled out or LBW and that is why the team likes to have bowlers that bowl at a 140," he expressed.