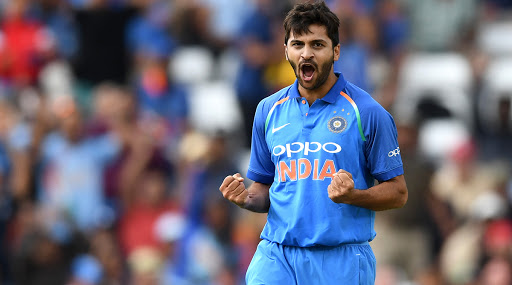 India and New Zealand are giving their all in the second T20I match of the series which is being played at Eden Park in Auckland. After electing to bat first the Kiwis got off to a decent start as the openers found their feet early on in the game but somewhat lost their way later on. Both teams are locked in a gruelling encounter and extra zest was added to the already tense affair in Auckland when Shardul Thakur and Colin Munro collided with each other when the latter was looking to take a quick single. New Zealand Vs India, Live Cricket Score 2nd T20I Match.

Shardul Thakur and Colin Munro collided with each other in the final over of the power play in New Zealand vs India 2nd T20I clash. The Indian bowler bowled a back of a length delivery into the ribcage of Munro, which the Kiwi missed as it hit his body and deflected on the off-side. Munro’s opening partner Martin Guptill, charged for a single and his partner responded but while running down the pitch Munro had nowhere to go and bumped into the onrushing Shardul Thakur. The Indian bowler fell to the ground and did not look too happy about this event. But there was no bad blood between the two as they shook hands and made up after the incident occurred.

Speaking of the match, New Zealand could only muster up a score of 132/5 in their quota of 20 overs. This is a below-par score on a ground which is second on the list of most 200+ runs scored in T20Is encounter. The Kiwis will need to take early wickets if they are to stop Indian from chasing the target and taking a 2-0 lead in the series.