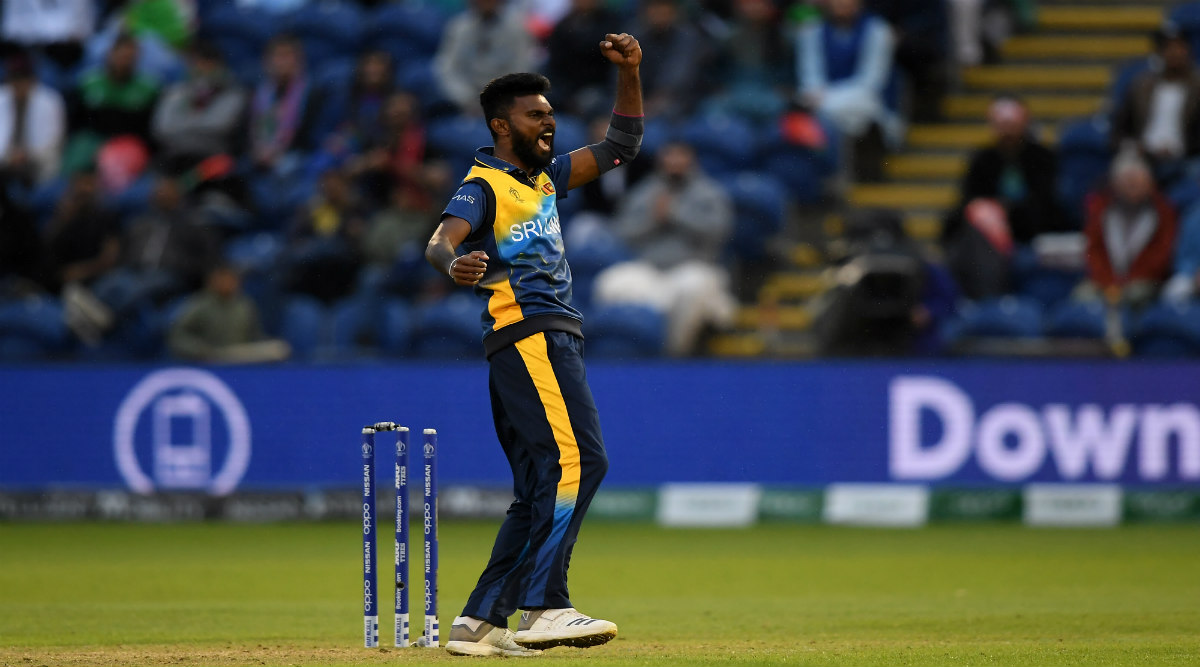 Indore, January 8: Left-arm Sri Lanka pacer Isuru Udana is unlikely to feature in the third and final T20I against India set to be played in Pune on Friday after he sustained a back injury during the second game.

Sri Lanka lost by seven wickets as India trampled them to take a 1-0 lead in the three-match series at the Holkar Stadium. Defending a meagre 143, Sri Lanka missed the services of Udana after he injured his back just before the visitors went out to bowl. India vs Sri Lanka 2nd T20I: We Missed Main Bowler Isuru Udana, Says Lasith Malinga.

"Look, I'm no doctor. He was in a lot of pain in the dressing room. What the diagnosis is I honestly don't know. I just hope we can get him back for the West Indies series," Sri Lanka coach Mickey Arthur said while addressing the post-match presser

Arthur further said he doesn't want to risk Udana for the near future. "We've got so much cricket the middle of February. I even think that could be a push. So, yeah, I just hope the best for him. It's something in the back," he added.

After the loss, Sri Lanka skipper Lasith Malinga had also said that they missed their "main bowler" Udana during their defence.

"He's (Udana) our main bowler and is very experienced in this format. He got injured just before we went out to bowl. He's recovering now. We also need to give opportunities to the youngsters," said Malinga.