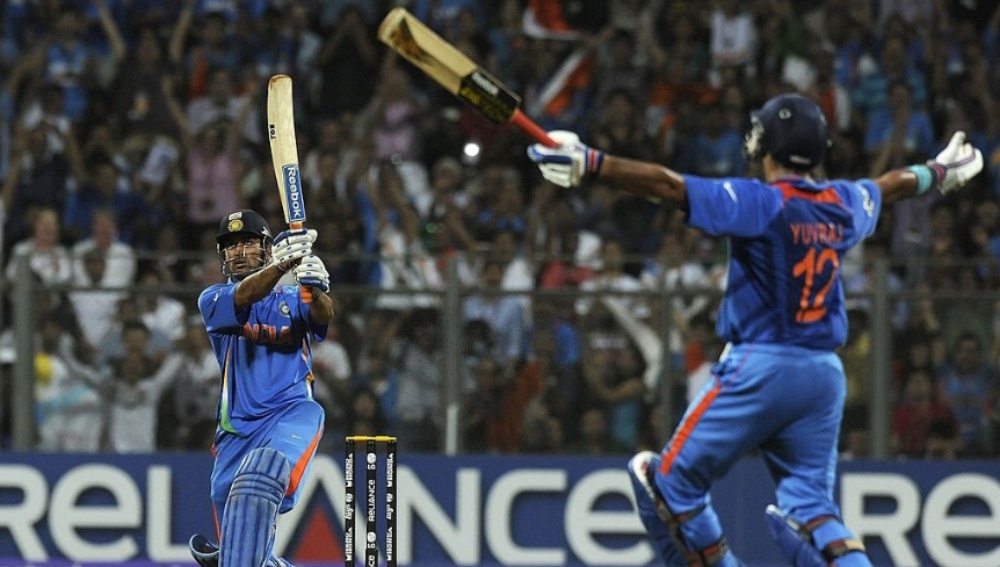 Mumbai police continue to win hearts. With their swift actions on field and with inspirational and sometime witty tweets off it. As India celebrates the ninth anniversary of its cricket World Cup win, Mumbai police made great use of the occasion to urge people to stay at home and pray for the virus to be eliminated. “India, let's finish it off in style!” a tweet from the official account of the Mumbai Police read. The tweet made excellent use of the iconic piece of commentary made during the final moments of the 2011 Cricket World Cup final between India and Sri Lanka. With India needing 4 runs off the five deliveries, MS Dhoni smashed Nuwan Kulasekara for a six over long-on to send India into exultation. Fans Come up With Hilarious Replies As ICC Asks for 'Wrong Answers Only' on MS Dhoni and Yuvraj Singh's Iconic Pic From 2011 Cricket Word Cup Final.

“Dhoni finishes off in style and India lift the World Cup after 28 years,” were Ravi Shastri’s words on commentary as the ball flew into the stands and India into jubilation on seeing their team lift the prestigious trophy at home and after a wait of 28 years. Taking a leaf out of those iconic lines, Mumbai Police offered hope and said: “India, let's finish it off in style!” The tweet also showed a picture of Dhoni smashing the representational image of the coronavirus germ out of the park just like he did at the World Cup final.

India Let's Finish Off in Style

The tweet had two pictures. The first was one of the most iconic and memorable pictures in Indian cricket – that of MS Dhoni sending Nuwan Kuladekara’s full delivery into the long-on stands while the second of Dhoni in the same pose but this time smashing a portrayed image of the coronavirus.

Meanwhile, 53 people have died while over 2000 people have been confirmed to have been contracted with the disease in India. The country as a measure to curb and prevent the pandemic from spreading in communities have gone under lockdown for 21 days and will be completely shut till April 14. Maharashtra is the worst-hit state with 13 deaths and over 350 people affected.