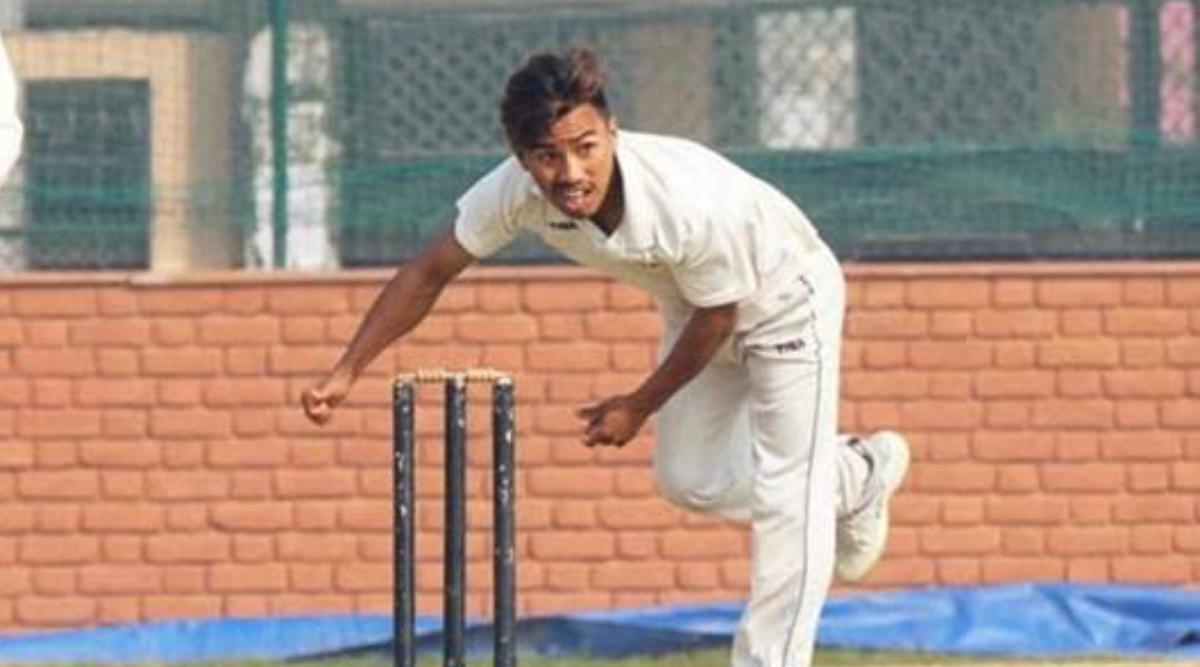 Manipur’s 19-year-old fast-bowler Rex Singh, who has played just two first-class matches, scalped eight wickets as Manipur were bowled out for just 65 runs on the opening day of Ranji Trophy 2019-20. The Imphal-born pacer made it to the headlines last year when he picked ten wickets in an innings in the Under-19 Cooch Behar Trophy match against Arunachal Pradesh. Earlier this year, Rex Singh was named in India U-19 squad thus becoming the first cricketer from Manipur to be picked for an Indian side. Live Cricket Streaming of Ranji Trophy 2019-20 on Hotstar and Star Sports: Check Live Cricket Score, Watch Free Telecast of India's Domestic Tournament on TV and Online.

Playing at the Videocon Academy Ground in Kolkata, Manipur won the toss and opted to bowl. The decision to field first proved a productive one as Rex Singh ran through Manipur’s batting order. The left-armer returned figures of 22 for eight in eight overs. Apart from Rex Singh, Bishworjit Konthoujam picked two wickets.

Taruwar Kohli was the top-scorer for Mizoram as he made 34 off 35 balls. Apart from him, opener Lalhmangaiha was the only batsman to score in double-digits, he added 16 off 17 balls. A total of six ducks were registered on the sorry-looking Mizoram scorecard. Interestingly, five of those were Rex Singh’s victims. Snake Invades Pitch During Andhra Pradesh vs Vidarbha Ranji Trophy 2019-20 Match, Watch Viral Video.

Mizoram’s batting lasted only 16 overs with openers (28) registering the highest partnership of the innings. 31-year-old KB Pawan is the captain of the Mizoram side while Kangabam Priyojit Singh is in charge of the Manipur team. At lunch on day one, Manipur were 50 for one with opener Thokchom Santosh 17(25) back in the hutch.