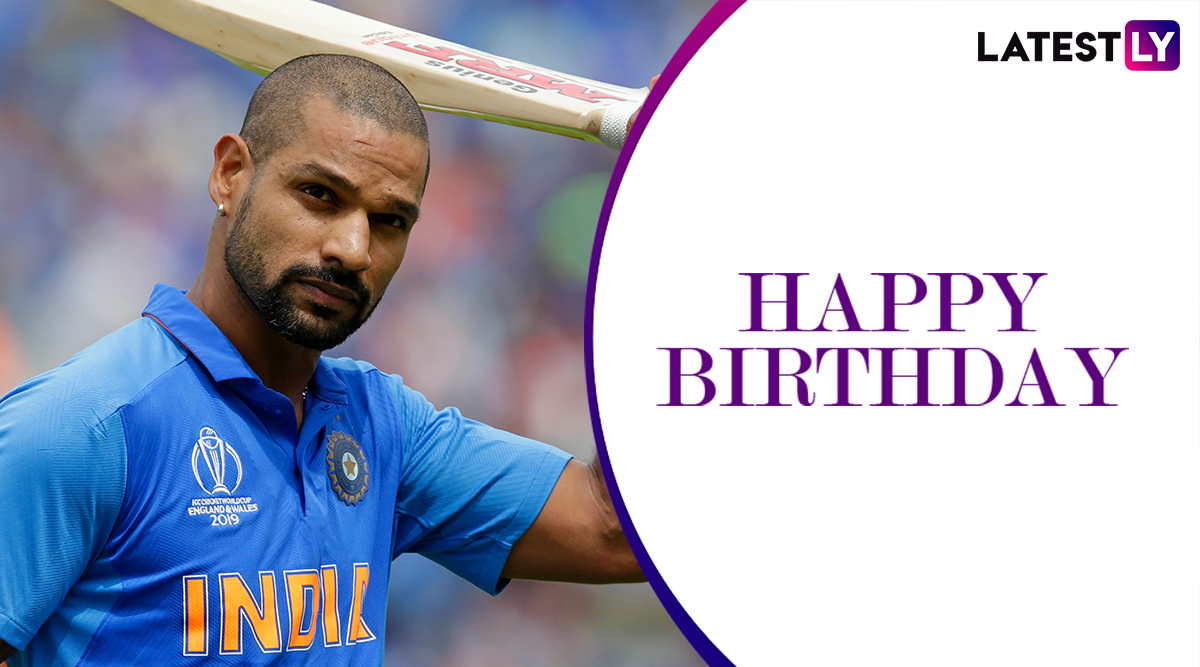 Dhawan is married to Ayesha Mukherjee, who is also a sportsperson by profession. Ayesha is an amateur boxer, who married Shikhar Dhawan after dating him for four years. The couple has two daughters and one son. Shikhar and Ayesha's daughters -Rhea and Aliyah- are from Ayesha Mukherjee's previous marriage.  Their son Zoravar Dhawan was born in 2014. On the occasion of Shikhar Dhawan’s 34th birthday, let us have a look at adorable family photos of the Indian opener. Shikhar Dhawan Injury Update: Sanju Samson Replaces Injured Opener In India vs West Indies T20Is 2019 Series Starting From December 6.

Love always wins and that's all I have to say. Thank you for being who you are..these 7 years have been wonderful.. ❤ 😘 @aesha.dhawan5

A Relationship Made in Heaven!

Happy #KarwaChauth my love, you are far but still always close to me. Cannot wait to see you soon. love u lots. @aesha.dhawan5 Wishing all other married couples as well. May God bless you all with a peaceful long life together. 🙏

We Are A Family!

Daughters are nothing but the angels of your life..love you Aliyah and Rhea. Happy Daughters' day to all! 💕

The sun, sand and you ♥️

Made For Each Other!

The healing process is faster when you are with your favourite people! 😊

Well, the above photos really prove that Shikhar Dhawan has a very adorable family to care for. Dhawan came to limelight in his debut Test match itself when he smashed a 188-run knock against Australia at IS Bindra Stadium in Mohali on March 14, 2013. He is also popular for his partnership with Rohit Sharma as an opener, and both the batsmen have created many records together. We wish Shikhar Dhawan happy and successful life ahead on his 34th birthday.