This Day That Year: When Australia Lifted the Cricket World Cup for Fifth Time 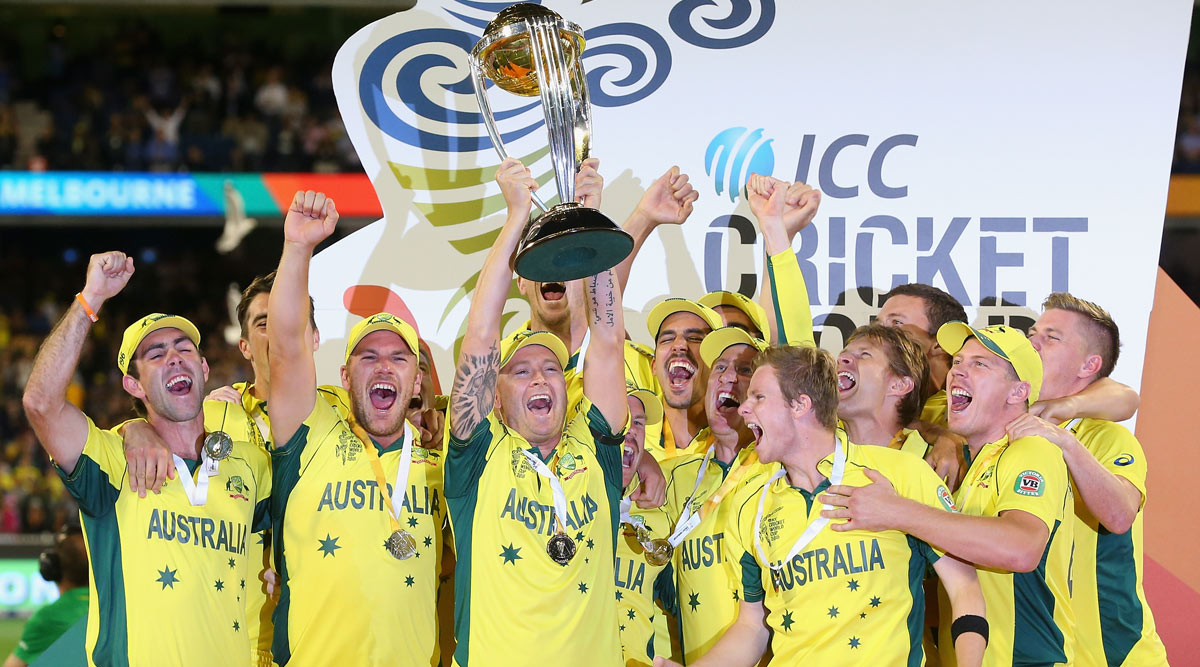 Winning the ODI World Cup is certainly a dream of all the national cricket team and thus, the gala tournament witnesses some thrilling battles. However, the most successful side in the history of the tournament is Australia who have clinched the title five times. In fact, it was this day only (March 29) when the Men in Yellow defeated New Zealand and lifted the 2015 World Cup. In the league-stage between the two sides, the Brendon McCullum-led Kiwis defeated the Aussies by one wicket and stepped into the finals with great confidence. However, the final clash was completely dominated by Aussies and the Kiwis looked nowhere in the contest. Star Sports to Revisit Virat Kohli’s Master-Class Against Australia in 2016 ICC World T20 in Mohali.

Batting first at the iconic Melbourne Cricket Ground (MCG), skipper McCullum fell prey to Mitchell Starc in the third ball of the game and the home side was ecstatic with the start. The Blackcaps lost wickets in regular intervals and the Michael Clarke-led side was firmly placed on the driver's seat.

New Zealand's semi-final hero Grant Elliot, nevertheless, tried to make a fightback and scored 84 runs off mere 82 deliveries. However, after his departure, the remaining wickets fell like a pack of cards and the visitors were bundled out for 183 runs. James Faulkner and Mitchell Johnson scalped three wickets apiece while Mitchell Starc took two wickets.

In reply, Australia either didn't get off to s great start as Trent Boult dismissed Aaron Finch for a duck. However, Steve Smith and skipper Michael Clarke, who was playing his last match, scored half-centuries and decided the fate of the game. As a result, Australia chased the target in the 32nd over of the game and lifted their fifth ODI World Cup title. James Faulkner was adjudged the Man of the Match while Mitchell Starc was named Man of the Tournament for his brilliant performances with the ball.