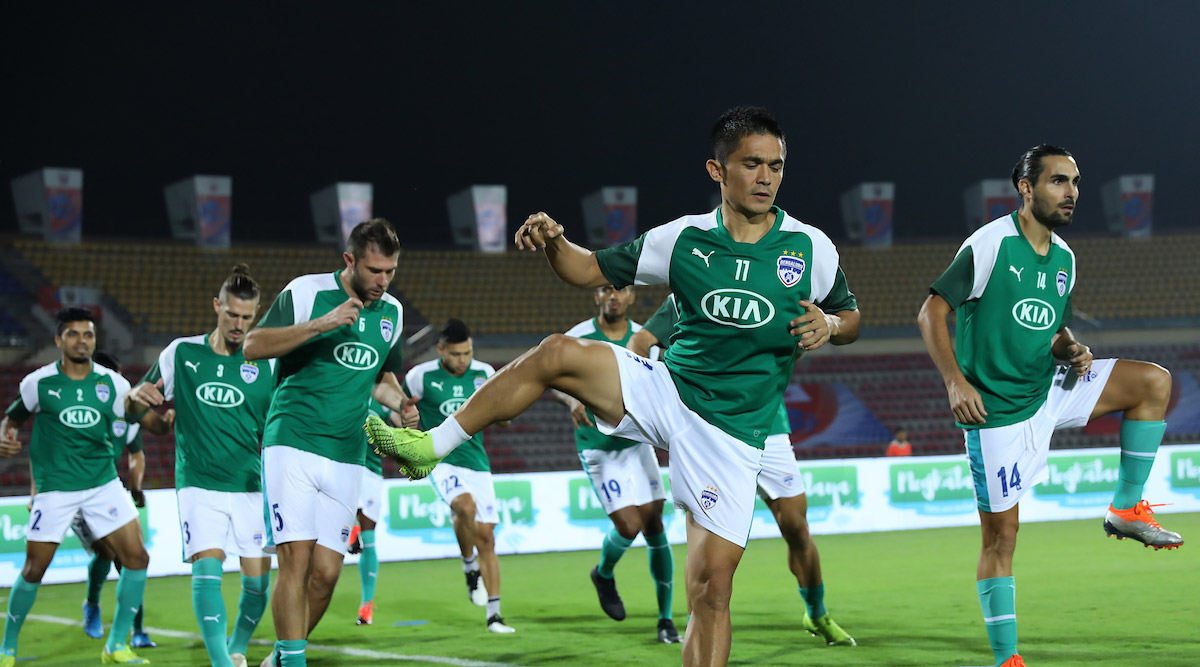 Bengaluru FC (BFC) will take on Atletico de Kolkata (ATK) in the match 88 of the Indian Super League (ISL) 2019-20. BFC vs ATK match will be played at the Sree Kanteerava Stadium in Bengaluru on February, 22 (2020), ATK have already secured the second spot in the points table, so the onus will be on the defending champions as they look to consolidate the third position in team standings. Fans looking for tips to create Dream11 Fantasy Team for Bengaluru FC vs ATK FC in ISL 6, can scroll down below for more details. Bengaluru FC Vs ATK FC - Live Football Score.

The two teams met earlier in the season on Christmas Day with the two-time champions coming out in top 1-0 courtesy a goal from Australian David Williams. The Blues traditionally have the upper hand in this fixture with four victories in five games and will be hopeful of a similar result this time around as well. Sunil Chhetri has been struggling with injury for the past few days and will probably won’t be risked for this game with qualification for the semi-finals already secured.

Bengaluru FC vs ATK FC, ISL 2019-20, Dream11 Team Prediction: Goalkeeper – Gurpreet Singh Sandhu (BFC) has let in the fewest goals this season and should be your first choice.

Bengaluru FC vs ATK FC, ISL 2019-20, Dream11 Team Prediction: Midfielders – Udanta Singh (BFC) should be your vice-captain. The other players in your midfield must be Michael Soosairaj (ATK) and Jayesh Rane (ATK).

Bengaluru FC vs ATK FC, ISL 2019-20, Dream11 Team Prediction: Forwards – Roy Krishna (ATK) should be your captain. The remaining slots in your team must be filled by Deshorn Brown (BFC) and David Williams (ATK).

This will be an interesting match to watch as the teams with the second-most goals in the league – ATK – will take on the team with the meanest defence in the competition – BFC. The defending champions will be without some of their main players for this match and it could have a huge impact in the final result of the game as well as the team standings.