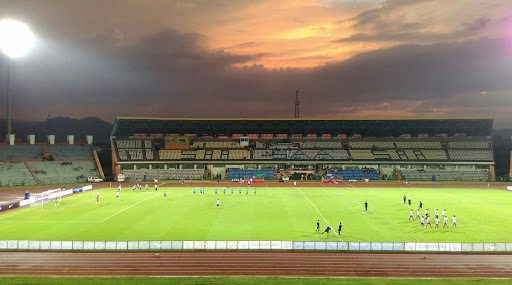 The match between NorthEast United FC and Chennaiyin FC in the Indian Super League 2019-20 has been postponed until further notice due to the ongoing unrest in Guwahati. With the city being placed under Curfew since Wednesday because of the protests against the Citizenship Amendment Bill (CAB), the higher authorities of ISL have decided to postpone the game. NorthEast United vs Chennaiyin FC match was supposed to be held at the Indira Gandhi Athletic Stadium on December 12, 2019 (Thursday) but with Army being deployed in Guwahati to deal with the ongoing issue, the match will not be played. ISL 2019–20: League Toppers to Play in Asian Champions League 2021.

Indian Super League announced in an official statement on Thursday morning that the match has been postponed until further notice. 'Due to the ongoing unrest in Guwahati; Hero Indian Super League (Hero ISL) 2019-20 Match 37 between NorthEast United FC and Chennaiyin FC has been postponed until further notice.' Read the official statement. Football Sports Development Limited (ISL Organisers) said that the safety of fans, players and staff is what led them to take this decision. 'The League has been in consultation with the concerned authorities over the past 48 hours to determine the best course of action. The safety of fans, players and League staff is of paramount importance, which has led to this decision.' They added. Further information regarding the match and all the details will be announced soon. The pre-match conference which was to be held on Wednesday was also canceled due to the protest in the city. Indian Super League 2019–20 Points Table.

NorthEast lost their last match against ATK 3-0 and are winless since early November. Chennaiyin, on the other hand, have started to record decent results in recent weeks after a dismal start to the campaign which saw them pick up just one point from opening four games. The Highlanders are fifth in the points table while Chennaiyin are second from bottom in ninth.