Cristiano Ronaldo Returns to Juventus Squad After Missing the Last Game, Bianconeri Declare their 22-Member Squad for the Match Against Parma (See Pic) 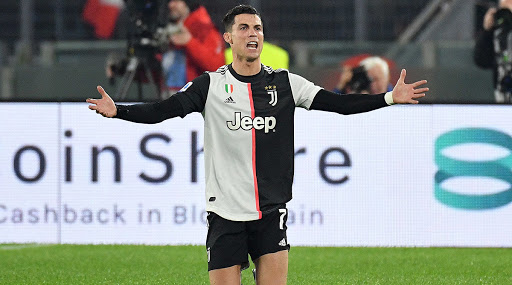 Cristiano Ronaldo has missed his last game against Udinese due to sinus. The team won the Coppa Italia 2019-20 game by 4-0. However, the former Real Madrid player now makes a comeback into the squad as he was spotted at the practice session of the Bianconeri sweating it out ahead of the game against Parma. The match today with be held at the Alliance Stadium. The Bianconeri also declared their 22 member squad for the upcoming game. Along with CR7, the team has picked Adrien Rabiot, Blaise Matuidi, Aaron Ramsey and others. Juventus Relives Cristiano Ronaldo’s Goal Netted Last Year Ahead of their Serie A 2019-20 Game Against Parma (Watch Video).

Currently, team Juventus stands on number one of the Serie A 2019-20 points table. Out of the 19 games played by the team, the team has lost only one game and faced victory in 15 matches. Three of them ended with a draw. First check out the picture was CR7 was seen sweating it out alongside Matthijs de Ligt.

Here’s the squad for the game.

Ahead of the Juventus manager Maurizio Sarri addressed the press and opened up about the alleged rift between Cristiano Ronaldo and Paulo Dybala. “I consider it a myth that the two of them have difficulty playing together, Cristiano is also scoring and I don't see any problems whatsoever," Goal.com quoted Sarri as saying.