Cristiano Ronaldo is approaching the final 12 months of his contract but is yet to hold contract renewal talks with Juventus with reports suggesting that both parties are reluctant to extend the contract after Champions League disappointment for three successive seasons during which Juventus have failed to go past the quarter-finals. 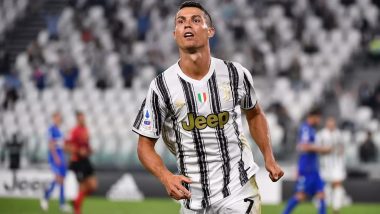 Zinedine Zidane refused to be drawn into making a comment on rumours that Cristiano Ronaldo could return to Real Madrid from Juventus in the coming summer. Ronaldo’s current contract at Juventus expires in June 2022. He has been linked with a move away from Turin since Juventus’ UEFA Champions League exit against Porto in the last 16. Zidane was reluctant to be drawn to the rumours but said he remains a big fan of the “magnificent” Portuguese. Ronaldo lifted four of his five Champions League titles with Real, including a hat-trick of UCL trophies between 2016 and 2018. 3 Reasons Why Cristiano Ronaldo Should Leave Juventus After Yet Another UEFA Champions League Disappointment.

Ronaldo has been heavily criticised for his lacklustre performance against Porto across both legs. Juventus was beaten 2-1 in the first leg and won the second leg at home by a 3-2 margin but were knocked out on away goals making it successive seasons in the Champions League that they have been knocked out from the UCL last 16 stage on away goals. Last season they exited the competition after a similar result against Lyon. Cristiano Ronaldo Transfer Update: Juventus Star to Return to Real Madrid? CR7’s Manager Reveals Big Deets!

The 36-year-old Portuguese is approaching the final 12 months of his contract but is yet to hold contract renewal talks with Juventus with reports suggesting that both parties are reluctant to extend the contract after Champions League disappointment for three successive seasons during which Juventus have failed to go past the quarter-finals. Amid all such speculations, Ronaldo has been linked with a return to the Santiago Bernabeu where he was once a fan favourite.

Zidane, however, refused to make a comment on Ronaldo’s contract situation and instead praised the five-time Ballon d’Or winner for what he has achieved. “You know what he is, what he has done and how much love we have for him. He made history here, he's magnificent,” the Real Madrid boss was quoted as saying by Goal. “Now, he is a Juve player and I cannot tell you anything about what they (media) are saying. He's a Juve player and I have to respect these things.”

Apart from Real Madrid, Ronaldo has also been linked with a move to Paris Saint-Germain as well to the Major League Soccer with Inter Miami in the United States. PSG were close to signing Ronaldo last summer before the coronavirus pandemic forced the football universe to reverse their transfer plans. The French giants are one of the few clubs, who can accommodate Ronaldo’s hefty wages and also pay the big transfer fee Juventus will demand.

David Beckham-owned Inter Miami have also reportedly held talks with Ronaldo over a possible move to the MLS and have offered him a three-year contract which will see the Portuguese superstar become the highest-paid player in the club.

(The above story first appeared on LatestLY on Mar 13, 2021 09:10 AM IST. For more news and updates on politics, world, sports, entertainment and lifestyle, log on to our website latestly.com).