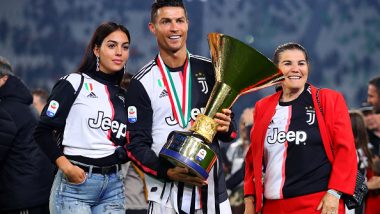 TURIN, ITALY - MAY 19: Cristiano Ronaldo of Juventus poses with the Serie A trophy alongside his girlfriend Georgina Rodriguez and mother Maria Dolores dos Santos Aveiro following the Serie A match between Juventus and Atalanta BC at Allianz Stadium on May 19, 2019 in Turin, Italy. (Photo Credits: Getty)

Cristiano Ronaldo’s mother Maria Dolores dos Santos Aveiro had suffered from a heart stroke in March but fortunately has been doing well and is hale and hearty. She has been relatively active on social media posting pictures of herself and family. Now, there were reports of Cristiano Ronaldo’s mother having a rift with Georgina Rodriguez. The rumours stemmed from the fact that CR7’s mother unfollowed Georgina on Instagram. However, Maria Dolores has rubbished the reports and said that she had unfollowed her by mistake. She took to Instagram to clarify her stand. Cristiano Ronaldo’s Mother Maria Dolores dos Santos Aveiro Doing Well Now, Juventus Star Poses for a Picture With Mommy Dearest & His Sisters (See Pic).

Ronaldo’s mother said that if she stopped following someone she had a direct connection with then it is without any intention. “As you know I only use Instagram superficially and I don’t understand all this really. If I stopped following my daughter-in-law and other people it was by accident. I must have confused a button without meaning to. Stop making up stories because there’s no rift,” she wrote on Instagram.

After the goof-up she has started following Georgina once again on Instagram and here is the snapshot of the same. 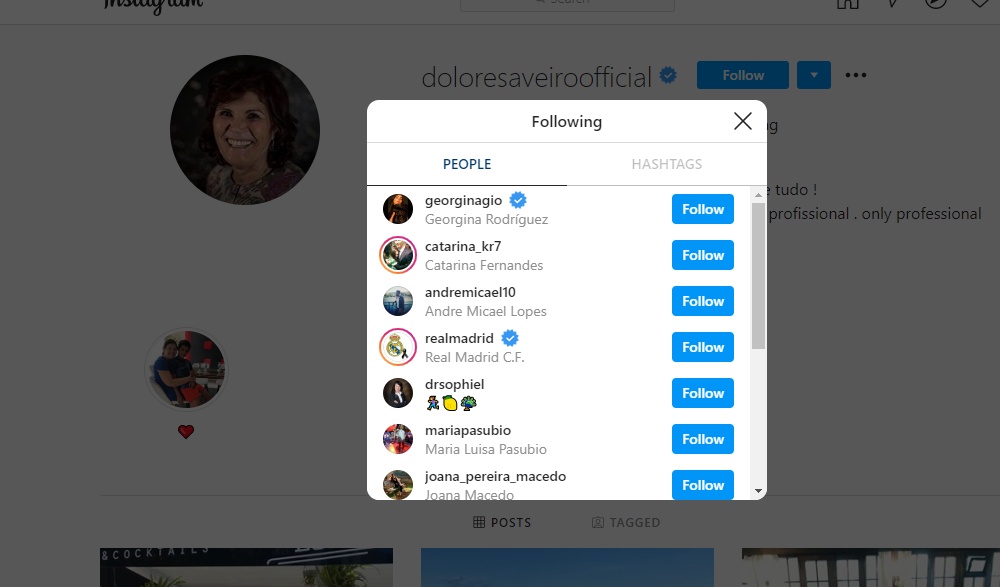 Georgina Rodriguez and Ronaldo have been going strong since 2016 and ever since the Juventus star's mother has been very warm towards his girlfriend. In one of the interviews, she also praised Georgina and said that she is very calm and is her future daughter-in-law.

(The above story first appeared on LatestLY on May 23, 2020 11:21 AM IST. For more news and updates on politics, world, sports, entertainment and lifestyle, log on to our website latestly.com).