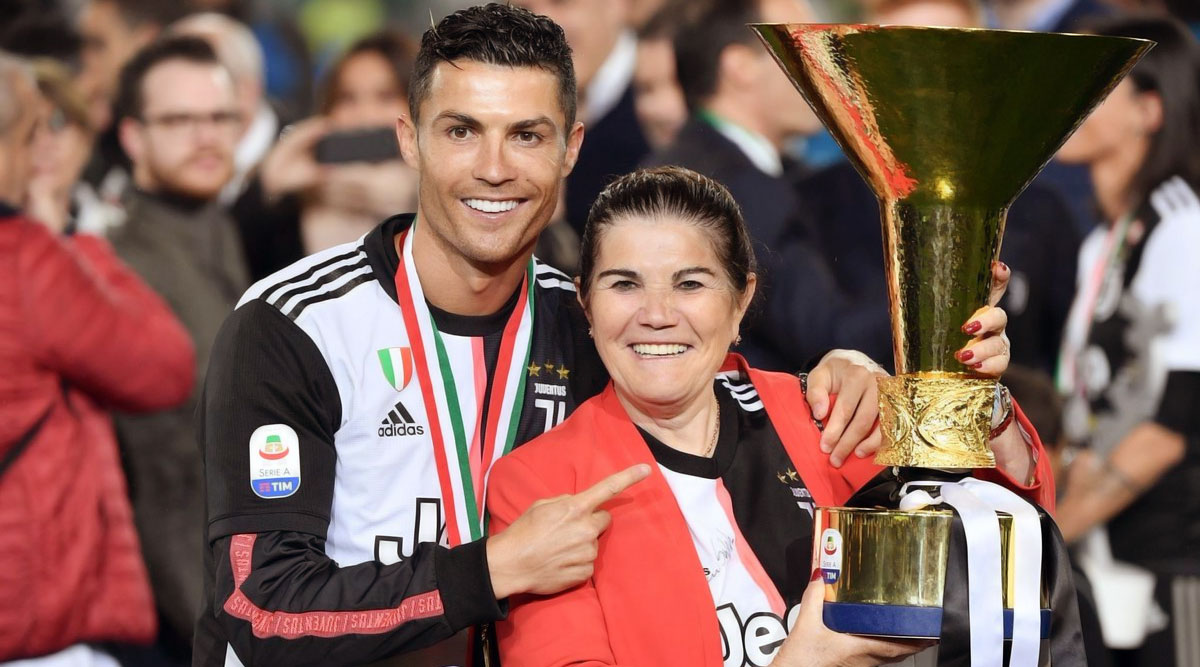 Cristiano Ronaldo had flown to Portugal to visit his ailing mother Maria Dolores dos Santos Aveiro who had suffered from a heart stroke. She was hospitalised for a few days and now has recovered well. Ronaldo now posted a picture of himself with his mother and sisters on social media and gave a health update of the same. In the picture we see his mother posing with her thumbs up which means that she was doing well. All the others stood around her. Cristiano Ronaldo Slammed by Former Juventus President Giovanni Cobolli Gigli for Leaving Italy Amid Coronavirus Crisis.

Cristiano Ronaldo posted a picture with a caption which said that he was thankful that she came back home safe. “Feeling very thankful to have my mum home from the hospital and recovering. Look after your families and loved ones,” read the caption of the snap. Cristiano Ronaldo sought permission from Juventus to fly to Portugal and is still there in quarantine with his kids and his girlfriend. He has been criticised widely for his picture against the pool.

Juventus' ex-manager Giovanni Cobolli Gigli slammed the five-time Ballon d'Or winner and said that he shouldn't have left Itlay because when he returns he will have to stay in quarantine for 14 days. He also said that he had gone to meet his mother but is busy getting clocked besides the pool.  "Things at Juventus got complicated when Cristiano Ronaldo left. He said he was going to Portugal because of his mother, but now he only appears to be taking pictures by the pool. When the exception was made for him, things fell apart and others wanted to leave – but it shouldn't have been like this," Gigli, 75 told Radio Punto.