FIFA World Cup South American Qualifiers 2021 Schedule, Official Broadcaster in India and Other Things You Need To Know Ahead of This Year’s CONMEBOL

The teams finishing in the top four would automatically qualify for the World Cup while the fifth-placed team would have to compete in a playoff to go through. Brazil is at the top of the table currently with four rounds of the competition completed. 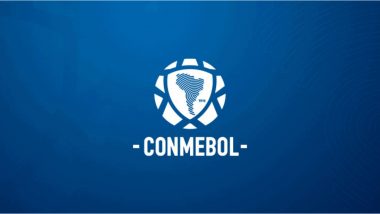 After a week of high drama in club football where champions were crowned in the major leagues of Europe, the focus now shifts to South America which is set to witness the CONMEBOL World Cup qualifiers 2021. It is that time of the year where fans forget club rivalries and unitedly cheer for their favourite countries. The qualifiers were supposed to played in March this year but due to rise in COVID cases, it was postponed. Also European clubs had refused to release their players owing to the same cause. Lionel Messi Posts his Latest Photo on Instagram After Arriving in Argentina for 2022 FIFA World Cup Qualifiers- CONMEBOL and Copa America 2021

Now, it is scheduled to begin from June 4. The CONMEBOL has already announced that the remainder of the qualifiers would have to scheduled towards the end of this year so that they are finished in time for the World Cup in Qatar next year.

The teams finishing in the top four would automatically qualify for the World Cup while the fifth-placed team would have to compete in a playoff to go through. Four rounds of the competition has already been completed. Top Goal Scorers from 2020/21 Season of Bundesliga, Serie A, La Liga, Ligue 1 and EPL: From Ronaldo to Messi, Here’s a List of Golden Boot Award Winners Across Europe’s Top Five Leagues

Current CONMEBOL rankings: After four rounds of matches, Brazil is at the first position in the qualifiers table with 12 points from four games. They are undefeated so far with Argentina in the second spot, who have 10 points from four matches, having three wins and one defeat. Equador and Paraguay are the third and fourth placed teams respectively with nine and six points.

Top scorers: Chile's Arturo Vidal, Paraguay's Angel Romero and Uruguay's Luis Suarez are the top scorers of the qualifiers so far with four goals each. Brazilian star Neymar has found the back of the net three times while Argentine sensation Lionel Messi has scored just once.

Players to watch out for: Whenever it comes to such a list, Lionel Messi is right there at the top. Despite Barcelona having a poor season, the Argentine sensation has shown why he is considered the best with 30 goals--top scorer in the league. He would be ready to replicate that form for his national side. Next up, Neymar. There can be no question on the talent of this Brazilian winger, who is currently the top scorer of this competition. Brazil would hope he carries on his good form heading into the Copa America just days later. Let us not forget Luis Suarez and Edinson Cavani--the Uruguayan duo can be absolutely deadly upfront. And Cavani, who recently scored for Manchester United in the UEFA Europa League final 2020-2021 top scored with 10 goals in the last CONMEBOL qualifiers. Suarez also scored a La Liga winning goal for Atletico Madrid recently.

(The above story first appeared on LatestLY on May 28, 2021 08:50 PM IST. For more news and updates on politics, world, sports, entertainment and lifestyle, log on to our website latestly.com).