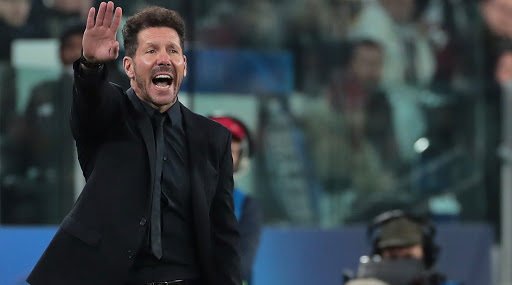 With January transfer window on the horizon, current Atletico Madrid manager Diego Simeone has been linked with a move to Premier League giants Arsenal and Everton. The Madrid side are struggling in La Liga this season as they are sixth in the points table, six points behind joint leaders Barcelona and Real Madrid. The Argentine is considered as one of the best managers in world football but it looks like he has taken this current crop of Atletico players as far as he can and it might be time for him to take on a new challenge. According to reports Simeone’s new destination appears to be the Premier League. Diego Simeone’s Reaction After Lionel Messi Stunner Against Atletico Madrid Is Priceless! (Watch Video).

Atletico Madrid are struggling this season in their domestic campaign and according to Mirror (via Marca), the Argentine’s eight-year spell at the helm seems to have reached its end. Diego Simeone is by far one of the most successful coaches in Atletico’s history as he led them to Europa League title in 2012 and a year later guided them to a Copa Del Rey final win over arch-rivals Real Madrid. Though his most note-worthy achievement still remains the La Liga title which he won in 2014 thus ending a nine-year dominance of Barcelona and Real Madrid in the Spanish League. Diego Simeone is known for making the best use of a limited budget and building a strong defensive unit, so he could do well at Arsenal and also at Everton considering their recent struggles at the back. Zlatan Ibrahimovic Confirms Joining AC Milan? Says, ‘See You Soon in Italy’.

Arsenal appointed Freddie Ljungberg as their interim manager until the end of the season after the sacking of Unai Emery in late-November. The Gunners aren’t the only club linked with Simeone as Merseyside club Everton also appear to be in the running to get the Argentine's signature. Toffees manager Marco Silva also looks to be danger of getting a sack as his side are in the relegation zone after 15 games.