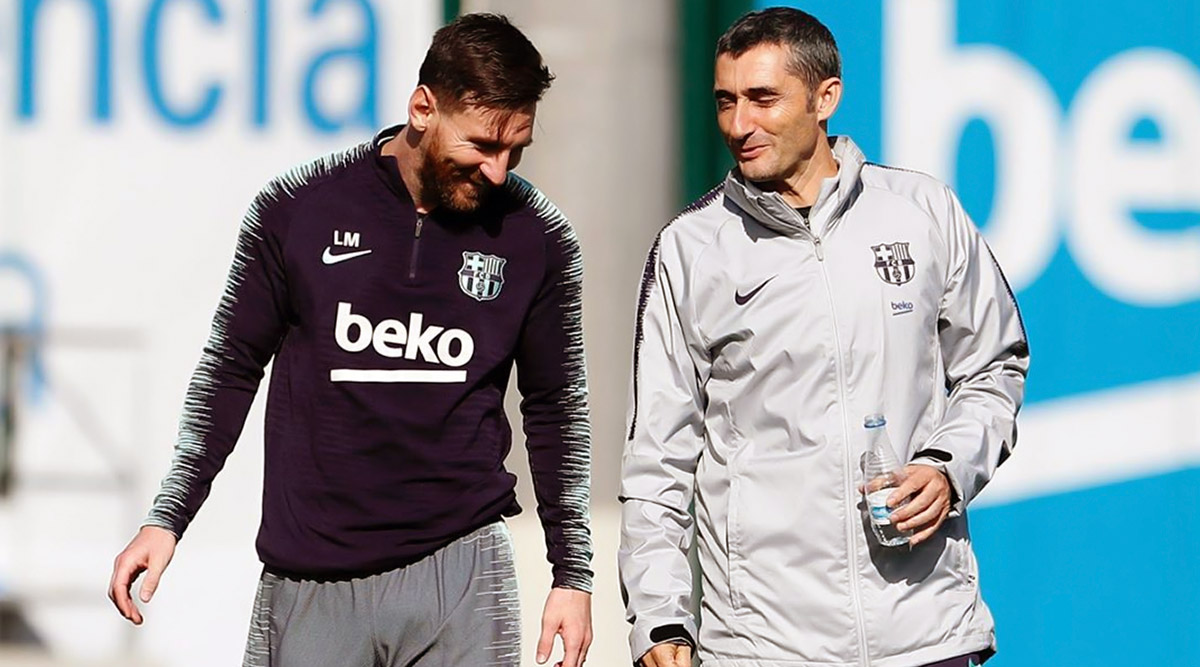 Lionel Messi paid his tributes to sacked FC Barcelona manager Ernesto Valverde for being a great professional and a better individual during his time at the Blaugrana club. Valverde was sacked days after FC Barcelona’s 2-3 defeat against Atletico Madrid in the 2020 Supercopa de Espana semi-finals and has since been replaced by former Real Betis coach Quique Setien. Valverde, who guided Barcelona to successive La Liga titles in his two and half years at the club, leaves with Barcelona at the top of the domestic league points table and into the Champions League knockouts. Newly appointed FC Barcelona coach Setien has been given a two-and-half-year contract and is will take over reins with the home clash against Granada. Barcelona Part Ways With Ernesto Valverde, Appoint Quique Setien as New Manager Until 2022.

Messi, captain of the club, thanked Valverde for all he achieved with FC Barcelona and also wished him all the best for his future endeavours. “Thank you everything,” said the Argentine in a post on his Instagram account. “I’m sure you’ll do great wherever you go because besides being a great professional you are a magnificent person. Good luck and a big hug,” he added. Lionel Messi Is the Best: Manchester City Boss Pep Guardiola Laughs Off Messi-Sergio Aguero Comparison (Watch Video).

Valverde, with the sacking, became only the second FC Barcelona manager after Louis van Gaal in 2003 to be sacked mid-season. The 55-year-old former Athletic Bilbao manager had come under heavy criticism over the club’s playing style and was also speculated to have been involved in a heated argument with the senior players in the club following the defeat to Atletico. Valverde, however, failed to lift the Champions League title with the Catalan club and both times was knocked out under shocking circumstances. AS Roma overturned a 0-4 deficit in the quarter-final in his debut managerial season at Barcelona, while Liverpool won after going 0-3 down in the first leg.