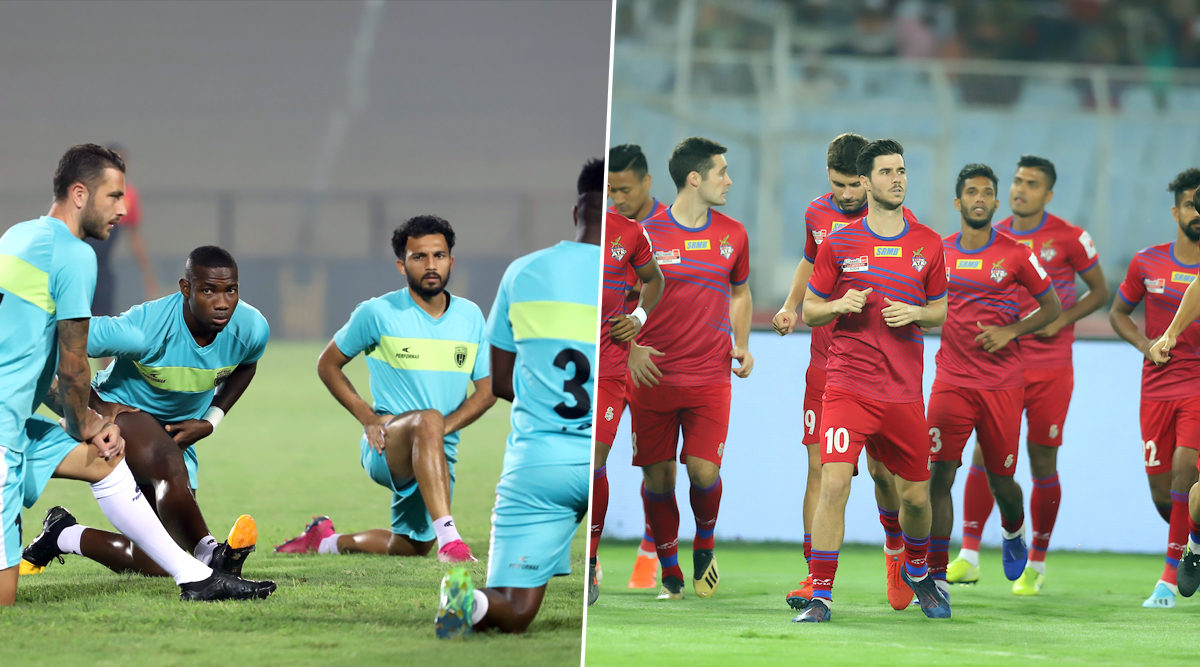 NorthEast United will host ATK in match 33 of Indian Super League (ISL) 2019-20. NEUFC vs ATK match in ISL 6 will be played at the Indira Gandhi Athletic Stadium in Guwahati on December 07, 2019 (Saturday). Both teams come into the NorthEast United vs ATK ISL fixture on the back of successive draws and will search for their first ISL win in over a month. Fans, who play fantasy games such as Dream11, can find all the tips and team suggestions with form and player availability details to build a strong Dream11 fantasy team for the NEUFC vs ATK clash in ISL 2019-20. Two-time champions ATK are ranked second in the points table and climb to top with a win, while the fourth-placed NorthEast United also have an opportunity to jump into the top two rankings. Meanwhile, for team suggestions and Dream11 predictions on NEUFC vs ATK ISL clash, please scroll below. NorthEast United FC Vs ATK FC - Live Football Score.

Robert Jarni’s team will welcome centre-back Kai Heerings into the team following a two-match suspension and the Dutchman should be slotted straight into the playing XI. Their attacking trio of superstar Asamoah Gyan, Panagiotis Triadis and Martin Chaves have been in superb form and should find their way into every Dream11 fantasy team. The same, however, cannot be said of ATK, who have netted the joint-highest number of goals (12) in ISL 6. Brandon Williams, who scored thrice in three games, hasn’t scored in the last three and is struggling to find the net. Roy Krishna, however, has been the saviour for the two-time ISL winners with timely goals for Antonio Habas’ side.

NorthEast United FC vs ATK, ISL 2019, Dream11 Team Prediction: Goalkeeper – Subhasish Roy (NEUFC) and Arindam Bhattacharya (ATK) are the two first-choice goalkeepers for their respective teams. Arindam has been terrific in goal and has ATK in the match on many occasions. ATK have also conceded the second least number of goals after Bengaluru FC in ISL 2019-20. Hence, Arindam should be the goalkeeper for this Dream11 fantasy team.

NorthEast United FC vs ATK, ISL 2019, Dream11 Team Prediction: Defenders – Since both these teams are full of attacking talents and have scored 20 number of goals among them in 12 matches, we will go with three defenders. Kai Heerings (NEUFC) will be making a comeback into the NorthEast playing XI after a two-match suspension and should be included in the Dream11 team. Prabir Das (ATK) and Pritam Kotal (ATK) should be the other two defenders.

NorthEast United FC vs ATK, ISL 2019, Dream11 Team Prediction: Forwards – You can’t keep Asamoah Gyan (NEUFC) out of any fantasy team. He has scored three times and would certainly score more. Roy Krishna (ATK) has one more than Gyan and was ATK’s saviour in their last match against Mumbai City with a last-second goal. Martin Cheves (NEUFC) has been the chief creator for NorthEast United and should part of the attacking trio. He beats a struggling Brandon Williams into this Dream11 fantasy team.

One point separates fourth-placed NorthEast United and ATK at second. Both are also winless in their last two matches and squandered early leads to be held to successive draws. A win for ATK will help them pip defending champions Bengaluru FC (13 points) into the top, while NorthEast United two places with a victory. They can go to top by a three-goal margin victory.