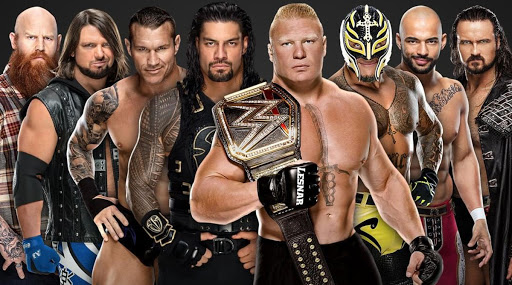 WWE’s first pay-per-view of the New Year is a spectacular one as it marks the start of the ‘Road to WrestleMania’. Royal Rumble is scheduled to take place on January 27, 2020 (Monday) at the Minute Maid Park in Houston, Texas. This is one of the biggest PPV's in WWE and it is expected to be a grand one as SmackDown Champion Brock Lesnar will enter at No 1 in this year’s Men’s Royal Rumble Match. Fans searching for live streaming, preview and match card of Royal Rumble 2020 can scroll down below. From Brock Lesnar to Roman Reigns, Here’s List of Confirmed Participants For WWE Royal Rumble Match, 2020; Also Find Other Match Card Details.

This will be the thirty-third event produced by WWE under the Royal Rumble chronology. The event will see some enormous matches such as the Men’s and Women’s Royal Rumble along with the Universal Champion ‘The Fiend’ Bray Wyatt taking on Daniel Bryan in a strap match. The evening will also see the Women’s champions defend their respective titles as Becky Lynch will face Asuka and Bayley will take on Lacey Evans. The ‘Big Dog’ Roman Reigns will take on King Corbin in a falls count anywhere match while the returning Sheamus will fight Shorty G. CM Punk Should Enter at Number 30 in WWE Royal Rumble Match 2020, Says Bully Ray After Brock Lesnar Confirms Himself as First Entrant (Watch Video).

The Royal Rumble 2020 will be telecasted live on Sony Sports Network as it is the official broadcaster on WWE in India. Fans can tune into Sony Ten 1 & Sony Ten 1 HD for English commentary. The vent can also be viewed on Sony Ten 3 & Sony Ten 3 HD in Hindi.

Royal Rumble 2020 can be streamed online by subscribing to WWE Network, Jio TV and Airtel TV. Fans can also enjoy the kick-off show on the official YouTube channel of WWE.

This is often a career-changing pay-per-view for a lot of WWE superstars as the winner of the Royal Rumble matches get to main-event WrestleMania and fight the champion of their choice. Last year, Randy Orton won the men's main event, it will be interesting to see which WWE star takes advantage of this opportunity and books a ticket for himself/herself to the showcase event in April.