Apple iPhone SE 2 Reportedly To Be Launched on March 31 At A Media Event; Likely To Be Priced At $399

The phone will have three colour options such as silver, space grey and red. Additionally, Apple is also reportedly planning to release several other products in the next few months 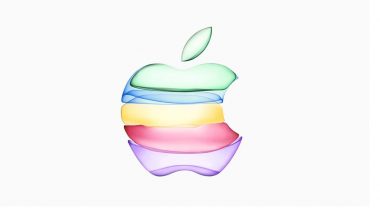 San Francisco, Feb 18: A German news site iphone-ticker.de has claimed that Apple is planning to hold a media event on March 31 where the the company would unveil its low cost iPhone called either the iPhone SE 2 or the iPhone 9. The phone will reportedly go on sale on April 3 and would retail for $399, placing it firmly in the midrange price category. A recent report from the Japanese blog Mac Otakara has claimed that the Cupertino-based tech giant is reportedly planning to launch a 5.4-inch iPhone similar in size to the iPhone 8. Apple iPhone SE 2 Likely To Sport Single Rear Camera: Report.

Apple analyst Ming Chi Kuo has previously said he expects the device to come with the same A13 CPU as the iPhone 11, 3 GB of RAM, and 64GB or 128GB of storage. As per reports, the 5.4-inch iPhone will have a rear camera that is much bigger compared to iPhone 8. The iPhone SE 2 models will use a 10-layer Substrate-like PCB (SLP) for its motherboard, the same technology used by the iPhone 11's version.

The phone will have three colour options such as silver, space grey and red. Additionally, Apple is also reportedly planning to release several other products in the next few months, including updated iPad Pro models and an updated 13-inch MacBook Pro.

(The above story first appeared on LatestLY on Feb 18, 2020 11:07 AM IST. For more news and updates on politics, world, sports, entertainment and lifestyle, log on to our website latestly.com).