Apple has threatened to terminate Epic Games' account by August 28 which would cut the company off from iOS and macOS development tools. The suspension means Epic can no longer make apps for the iPhone or iPad, reports the BBC. 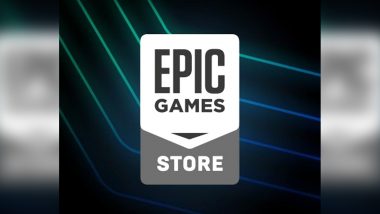 "We are disappointed that we have had to terminate the Epic Games account on the App Store," Apple said in a statement on Friday. Fornite Will Not Be Available on iPhones, iPads & Macs, Confirms Epic Games.

"We have worked with the team at Epic Games for many years on their launches and releases. The court recommended that Epic comply with the App Store guidelines while their case moves forward, guidelines they've followed for the past decade until they created this situation. Epic has refused," the company added.

Apple has threatened to terminate Epic Games' account by August 28 which would cut the company off from iOS and macOS development tools. The suspension means Epic can no longer make apps for the iPhone or iPad, reports the BBC.

Epic was yet to comment on Apple's decision as a US judge ruled this week that Apple cannot delete the developer account of Epic Games that supports open and real-time 3D creation platform Unreal Engine but can keep the Fortnite game away from App Store for violating its policies.

Epic Games has confirmed that the upcoming season of Fortnite will not be available to players on iPhones, iPads or Mac. Epic Games Sues Apple & Google After Removal of Fortnite Video Game From App Store & Play Store.

"Apple is blocking Fortnite updates and new installs on the App Store and has said they will terminate our ability to develop Fortnite for Apple devices," Epic Games said in a blog post this week.

Launched in 2017, Fortnite features a battle royale format where 100 players compete to survive as the last player standing on a remote island. The popular game has amassed a huge following of over 350 million players, and is available on multiple platforms.

(The above story first appeared on LatestLY on Aug 29, 2020 11:26 AM IST. For more news and updates on politics, world, sports, entertainment and lifestyle, log on to our website latestly.com).