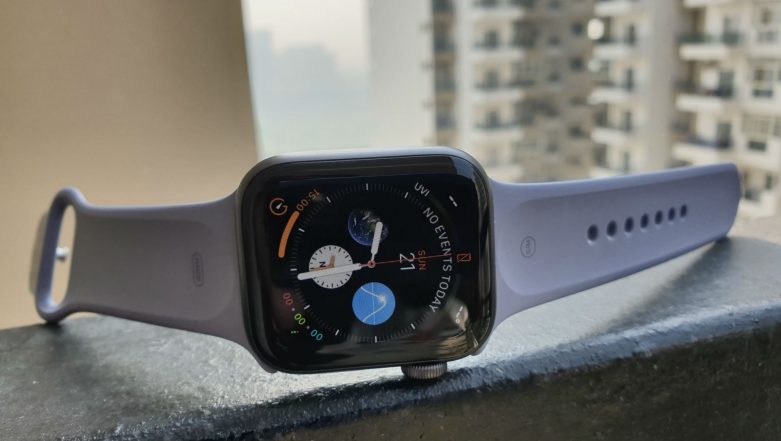 Apple with 35.8 per cent led the segment, followed by Samsung at 11.1 per cent and a new Chinese brand imoo at third spot with 9.2 per cent market share by shipments. "Apple Watch shipments grew a solid 49 per cent YoY despite the weak demand for its iPhones," said Counterpoint Research Analyst Satyajit Sinha.

Apple has now received approval on its ECG features from healthcare authorities of Hong Kong and 19 other countries including France, Germany, Italy, Spain and the UK.

Huawei's market share jumped to 3 per cent in Q1 2019 due to good traction for its latest Huawei Watch GT. Huawei has shifted focus to sell more Huawei branded smartwatches whereas the smart bands are selling well under its HONOR brand, said the report. Child Locked His Dad's iPad For Nearly Half Century After Entering Wrong Passwords Repeatedly; Dad Seeks Help From Twitter.

Samsung grew exponentially at 127 per cent (YoY) as the Korean brand's market share jumped to 11 per cent in Q1 2019. "Its success was due to the latest Galaxy watch series which came with better battery life as well as a very traditional round clock-face design," said Senior Analyst Sujeong Lim.