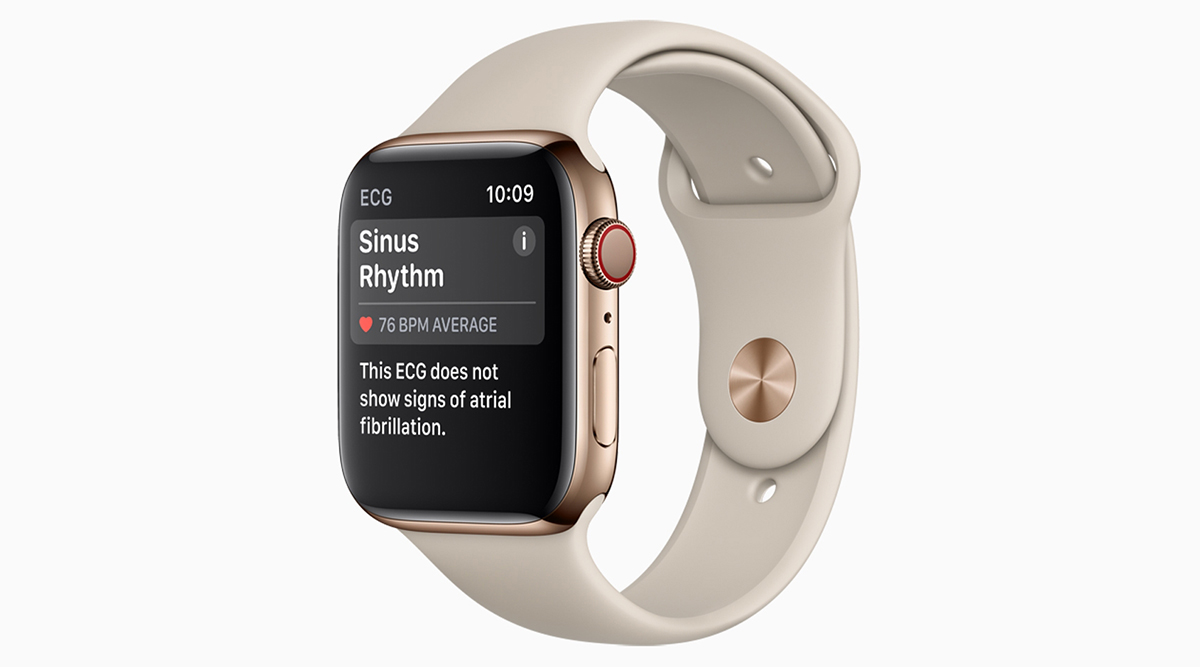 San Francisco, March 30: Cupertino-based tech giant Apple is reportedly planning to include a touch ID fingerprint sensor built into the crown of its upcoming Watch Series 6. The Apple Watch already unlocks when the iPhone  is unlocked, but unlocking it on a standalone basis requires a numerical code to be entered. It is not clear how the alleged Touch ID fingerprint sensor would be implemented, as the Digital Crown is already used for capturing an ECG in the current Apple Watch models, reports MacRumors. Apple Reportedly Plans To Release A Combination of AR/VR Headset With HTC Vive Headset Controller.

Additionally, Apple is working on removing a current shortcoming of the current electrocardiogram function. Apple Watch Series 4 and 5 currently result in inconclusive ECG readings with heart rates between 100 and 120 beats per minute and new update will remove that limitation with an upgraded version of the ECG app.