Binance CEO Changpeng Zhao has stated that the company is targeting to hire 8,000 people by the end of the year. 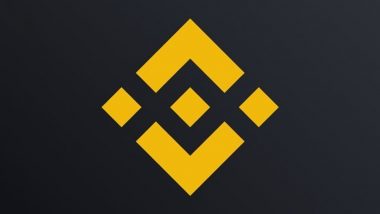 San Francisco, November 23 : Binance CEO Changpeng Zhao has stated that the company is targeting to hire 8,000 people by the end of the year. "At the time of this tweet , @Binance had 5900 people. Today we have 7400+ people. Targeting 8000 or so by end of year. Hiring continues," he tweeted.

Changpeng also highlighted an older tweet from June 15 that stated: "It was not easy saying no to Super Bowl ads, stadium naming rights, and large sponsor deals a few months ago, but we did". It was a job posting for 2,000 positions. Crypto Exchange Not Seeing Practical Business in India, Says Binance CEO Changpeng Zhao.

Binance's renewed call for hiring comes days after Changpeng took a U-turn on acquiring its rival FTX, saying it was backing out of the deal after reviewing the company's finances, leading to a further fall in major cryptocurrencies. FTX Collateral Crashed Down to $8 Billion From $60 Billion as CEO Sam Bankman-Fried ‘Froze Up in Face of Pressure’.

In a tweet, the company said that as a result of corporate due diligence, "as well as the latest news reports regarding mishandled customer funds and alleged US agency investigations, we have decided that we will not pursue the potential acquisition of FTX". Last week, Binance's CEO has said that the crypto exchange does not see India as a viable business opportunity.

(The above story first appeared on LatestLY on Nov 23, 2022 06:25 PM IST. For more news and updates on politics, world, sports, entertainment and lifestyle, log on to our website latestly.com).