Chat and communications platform Discord has raised $100 million in its latest H round of funding as it reached 140 million monthly active users (MAUs), double the number it had a year ago, the media reported. 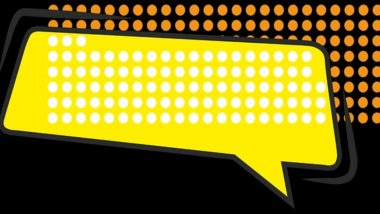 New Delhi, Dec 20: Chat and communications platform Discord has raised $100 million in its latest H round of funding as it reached 140 million monthly active users (MAUs), double the number it had a year ago, the media reported.

According to a report in TechCrunch, the new funding came at a $7 billion valuation for Discord — also double its valuation just six months ago.

"We are humbled and honoured by the growth we've seen among so many incredible and diverse communities that have made Discord their place to hang out," Discord co-founder and CEO Jason Citron said in a statement.

Greenoaks Capital led the latest round. Previous investors in the company have included Greylock, IVP, Spark Capital, Tencent and Benchmark, among others.

"With an extra $140 million, the total amount raised by the startup would stand at $420 million," the report said on Saturday.

Discord was publicly released in May 2015 under the domain name discordapp.com.

Microsoft announced in April 2018 that it will provide Discord support for Xbox Live users, allowing them to link their Discord and Xbox Live accounts so that they can connect with their Xbox Live friends list through Discord.

In December 2018, the company announced it raised $150 million in funding at a $2 billion valuation.

Starting in June 2020, Discord announced it was shifting its focus away from video gaming to a more all-purpose communication and chat client for all functions, revealing its new slogan "Your place to talk" and a revised website.

(The above story first appeared on LatestLY on Dec 20, 2020 04:10 PM IST. For more news and updates on politics, world, sports, entertainment and lifestyle, log on to our website latestly.com).