Elon Musk on Monday was spammed by hacked verified accounts along with non-verified accounts sharing links to crypto scams, as he shared an update about Tesla's latest version of full self-driving (FSD) Beta. 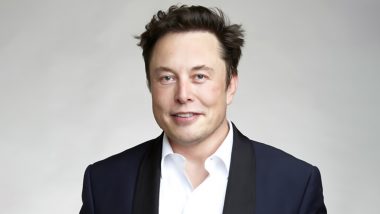 New Delhi: Elon Musk on Monday was spammed by hacked verified accounts along with non-verified accounts sharing links to crypto scams, as he shared an update about Tesla's latest version of full self-driving (FSD) Beta. Several of these accounts were bots but some were also hacked verified Twitter accounts. A Twitter user shared screenshots about Musk being bombarded with fake accounts on his latest tweet. Twitter’s Partner Team To Fight Online Extremism ‘Vanishes’ After Elon Musk Takeover.

"FSD Beta 10.69.2 rolling out now. Please note that top priority is safety, so expect it to be overly cautious, especially around pedestrians," Musk posted.

Within no time, spammed crypto accounts hit Musk, who tweeted "Sigh". Musk recently went after the Parag Agrawal-led platform after a top cybersecurity expert claimed that as high as eight in 10 Twitter accounts are fake.

Dan Woods, Global Head of Intelligence at cybersecurity company F5, told The Australian that more than 80 per cent of Twitter accounts are probably bots -- a massive claim as Twitter says only 5 per cent of its users are bots/spams.

Musk last week claimed 90 per cent of the comments on his tweets are actually bots or spam replies. The Tesla and SpaceX CEOA has terminated the $44 billion Twitter takeover deal, and the matter is now in a US court, over the presence of bots on the platform, and seeks answers from Agrawal via an open debate.

The Musk-Twitter trial is slated to begin from October 17. According to Woods, a former CIA and FBI cybersecurity specialist, both Musk and Twitter have underestimated the bot problem on the micro-blogging platform.

(The above story first appeared on LatestLY on Sep 12, 2022 10:21 AM IST. For more news and updates on politics, world, sports, entertainment and lifestyle, log on to our website latestly.com).