Google's outage map shows that Gmail is facing major issues throughout Asia and in the United States. 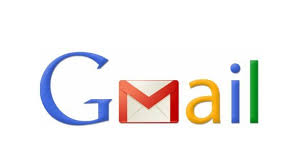 Google's email service Gmail is experiencing a global outage across countries. Users are facing issues in sending and receiving emails since Wednesday morning. As the mail service continues to be down, users have taken to Twitter addressing the problem. More than 3000 complaints have been registered since then. Twitterati said that they faced issues in uploading files, attaching images to mail. GTalk, now known as Hangout, Drive and other Google Services also appear to be down.

Google's outage map shows that Gmail is facing major issues throughout Asia and in the United States. According to a message posted on Google's GSuite Status Dashboard at 1:53 p.m. ET, both Gmail and Google Drive are experiencing "service disruption."The message reads, "We're investigating reports of an issue with Gmail. We will provide more information shortly. The affected users are able to access Gmail, but are seeing error messages, high latency, and/or other unexpected behaviours." Gmail Down Across Globe: Students, Professionals, Office Folks Hit as 'Mails Can't be Read'; Users Complain.

Google is having issues since 1:53 PM EST. https://t.co/E0lvRSTt21 RT if it's down for you as well #Googledown

Here is the Gmail outage map:

Gmail is having issues since 10:08 PM ESThttps://t.co/vvOkRr96MS

RT if it's down for you as well #gmaildown pic.twitter.com/TtPEx6Er3V

Google Drive also appears to be down:

This is what you need to send your bosses:

So apparently Gmail is down in several countries around the world. They should just declare an International Non-Working Holiday #GmailDown pic.twitter.com/u9U3yiEd1G

#Gmail is down right now & I literally thought to myself, WTF do I do with myself without email?!? #panic #gmailoutage pic.twitter.com/lCnlH7P1KQ

Internet users appeared frustrated as the Gmail service has affected people's office work. One of the tweets reads, "Gmail seems to be down and everyone is aware of the outage apart from Gmail themselves." Google or Gmail has not yet tweeted on the issue. Meanwhile, some users tweeted that they could send and receive emails but the system was in all quite slow.

(The above story first appeared on LatestLY on Mar 13, 2019 09:55 AM IST. For more news and updates on politics, world, sports, entertainment and lifestyle, log on to our website latestly.com).