Google Stadia's Android app is rolling out an experimental "Filter Search" to let users more easily find items in the store. This version of Stadia's search is only meant to be a stopgap measure while proper search is in development. 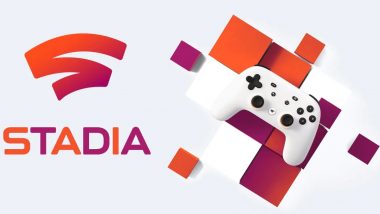 As explained in the setting's description, this version of Stadia's search is only meant to be a stopgap measure while proper search is in development. Once enabled, each of the various lists offered in the Stadia store, such as "New releases," "Stadia Pro deals" and "All games," will have a search bar at the top.

In the time since then, many have been waiting for a similar feature to roll out to Stadia's mobile apps, the report said.

Notably, there's no global search bar for the Stadia store, which means certain things like tracking down a particular DLC for a game will still be a bit difficult. For a temporary feature labelled "Experimental," though, this is good enough and certainly a lot better than the previous methods of finding what you need in the store. In April, Stadia's web app gained a proper search bar that allow gamers to find the games and expansions they're looking for by searching for their name.

(The above story first appeared on LatestLY on Jun 17, 2021 06:04 PM IST. For more news and updates on politics, world, sports, entertainment and lifestyle, log on to our website latestly.com).