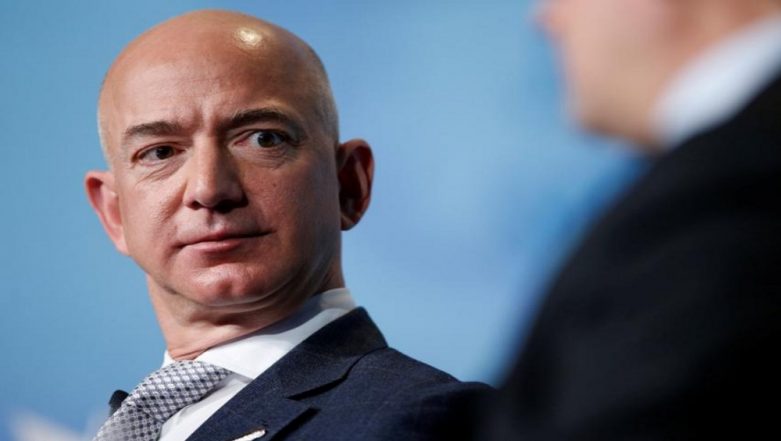 Washington, May 10: Speaking about his plans of getting to the moon by 2024, Amazon and US-based aerospace company Blue Origin Founder, Jeff Bezos unveiled a new Moon-lander called "Blue Moon" along with a smaller rover at the Walter E. Washington Convention Centre here.

"Today, our founder shared our vision to go to space to benefit Earth. We must return to the Moon-this time to stay. We're ready to support @NASA in getting there by 2024 with #bluemoon," Blue Origin said in a tweet on Thursday. Saudi Arabia Denies Role in Amazon Founder, CEO Jeff Bezos’ Affair Leak.

The Moon-lander "Blue Moon" was in development for three years. In the near future, Bezos envisions creating enormous space colonies in close proximity to Earth, as a way of expanding humanity to a trillion people, CNET reported.

Bezos revealed that the larger variant of the lander would not only be able to get people on the Moon, but also be able to carry the rover to shoot off small satellites and execute scientific missions.