Lenovo Owned Motorola Foldable Moto Razr All Set To Launch on February 6; Pre-orders Starting on January 26 in The U.S: Report 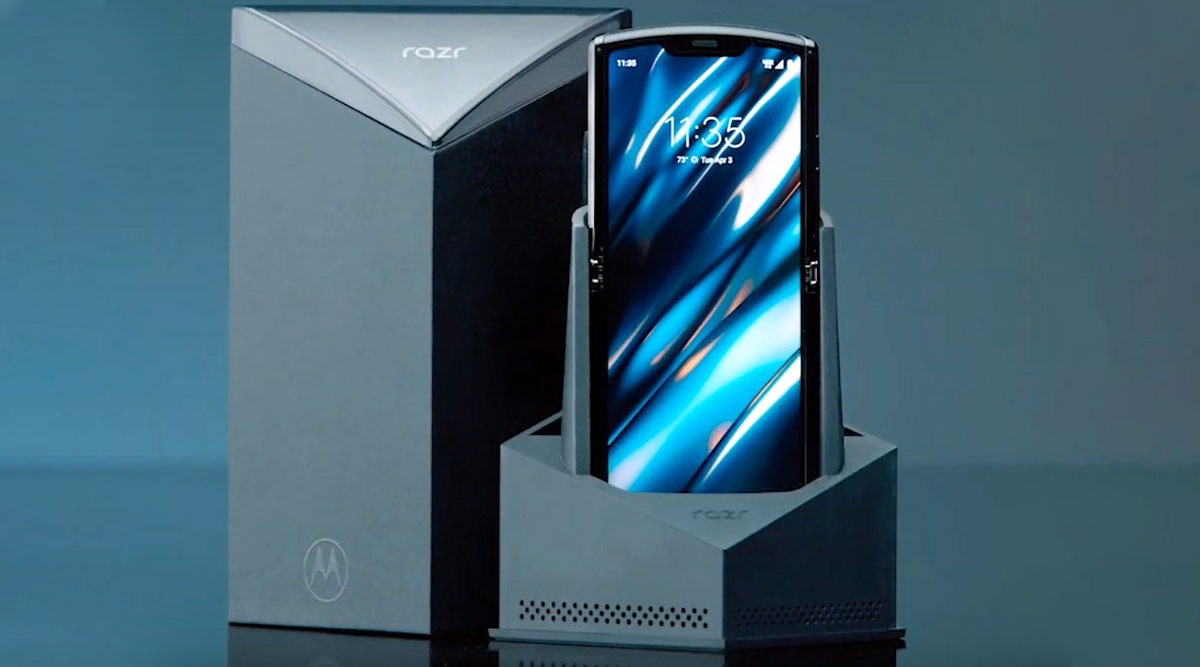 San Francisco, Jan 23: Lenovo-owned Motorola's much-awaited vertically foldable smartphone "Moto Razr" is all set to release on February 6 for $1,499, with preorders starting on January 26 in the US. Verizon Wireless is the exclusive carrier of the new Motorola Razr in the US and one can order it from Verizon, Walmart, or Motorola.com when it goes on sale this weekend, or wait for it to arrive in stores a couple of weeks later, on February 6, ZDNet reported on Wednesday.

The company originally announced the smartphone with a foldable display, in November 2019. The company recently teased the India launch of the Razr through a tweet and had also opened registrations for the foldable phone on its website. In terms of specifications, the Moto Razr comes with two screens -- one inside and the other outside. Inside, when unfolded, the device features a flexible OLED display that measures 6.2-inches, and outside, when the phone is folded, there is a 2.7-inch OLED display that offers an aspect ratio of 4:3.

The Quick View display on the outside of the device, includes a 16MP camera that lets users click selfies. It turns into a rear camera when the phone is unfolded. The 16MP camera has EIS, Dual Pixel autofocus, Laser AF and Color Correlated Temperature (CCT) dual LED flash. When unfolded, the phone includes one more 5MP camera inside. The smartphone is powered by Snapdragon 710 processor paired with 6GB RAM and 128GB internal storage.