Realme 8 5G smartphone will be launched in India on April 22, 2021. This piece of information has been shared by the company on its official Twitter account. The company has also teased its upcoming phone and sent out launch invites for the same on the Realme India website. 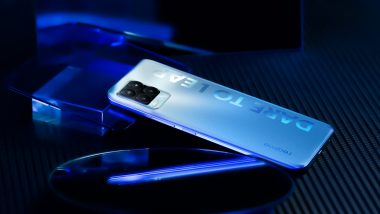 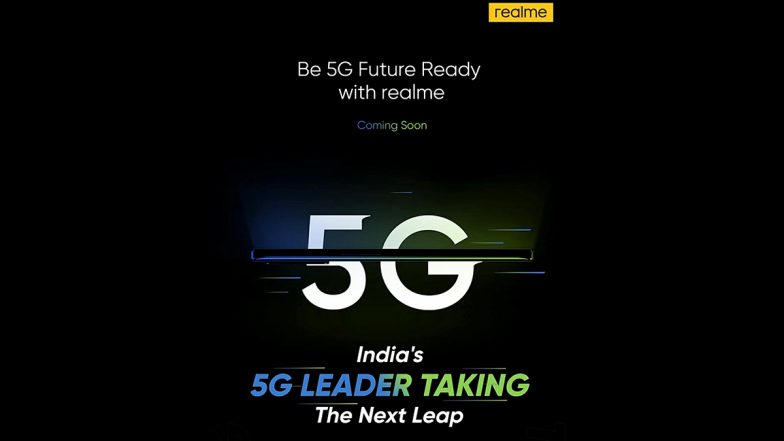 The device has been confirmed to be launched in Thailand on April 21, 2021, a day before the India launch. A couple of days ago, Realme 8 5G was spotted on Flipkart which hints that the handset will be made available for sale via the e-commerce website. 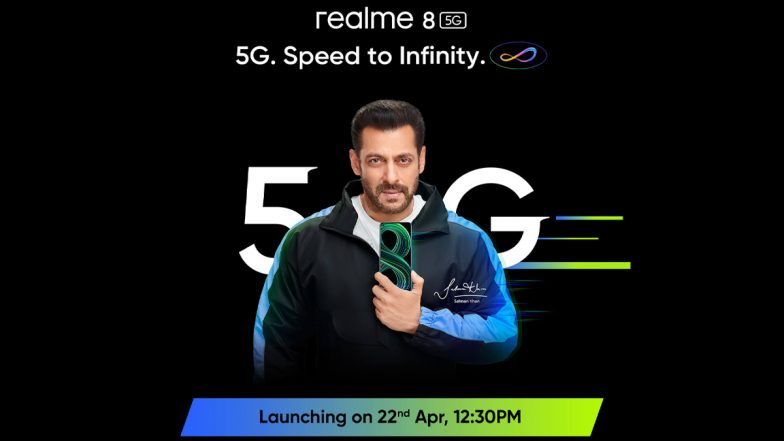 Launching the Powerful 5G Smartphone For Everyone at 12:30 PM, 22nd April on our official channels.#5GSpeedToInfinity https://t.co/MCn3vV8xvy pic.twitter.com/qzi0l137To

In terms of specifications, Realme 8 5G will come powered by a MediaTek Dimensity 700 5G chipset with ARM Mali-G57 GPU. The phone is likely to sport a 6.5-inch punch-hole display and will carry a screen refresh rate of 90Hz. 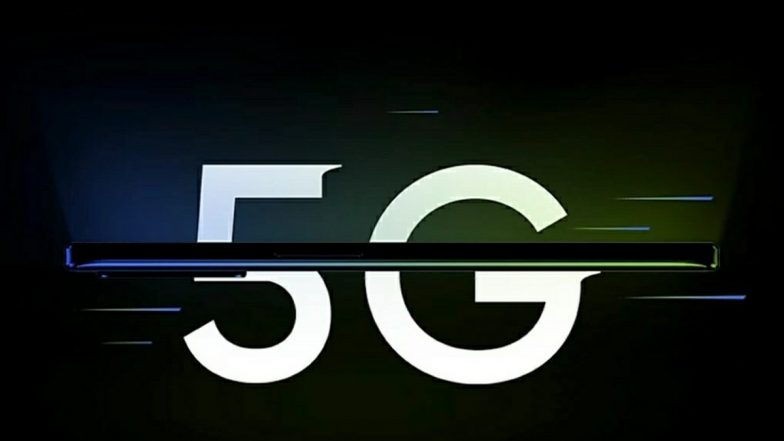 The upcoming 5G device is expected to pack a 5,000mAh battery and will be offered in two shades - Supersonic Black and Blue. Apart from this, nothing much is unknown about the Realme 8 5G phone. We expect the company to start revealing several specifications of the phone via teasers in future.

(The above story first appeared on LatestLY on Apr 16, 2021 02:02 PM IST. For more news and updates on politics, world, sports, entertainment and lifestyle, log on to our website latestly.com).