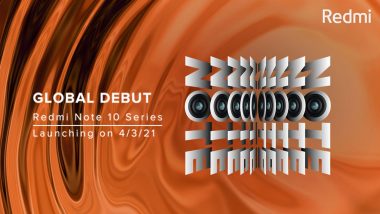 Both phones are speculated to come with 4G and 5G connectivity. Redmi Note 10 series has also been listed on Amazon India hinting that it will be made available for sale via the e-commerce platform. 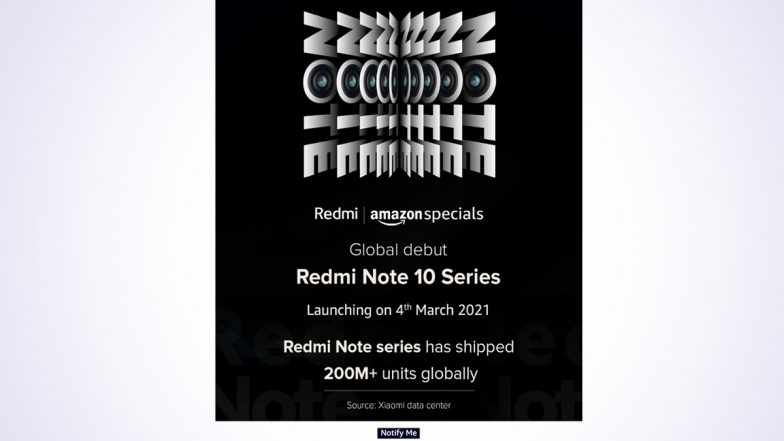 #RedmiNote10 Series is all set for it's global debut on 4/3/21! 🚀#RedmiNote has been India's most loved smartphone & we're thrilled to bring you the next #10on10 experience!

(The above story first appeared on LatestLY on Feb 16, 2021 03:46 PM IST. For more news and updates on politics, world, sports, entertainment and lifestyle, log on to our website latestly.com).