South Korean tech giant Samsung is all set to launch its latest flagship devices in the Galaxy S21 series, along with Buds pro and a SmartTag. Samsung would announce its next lineup of flagship phones — S21, S21 Plus, and the S21 Ultra 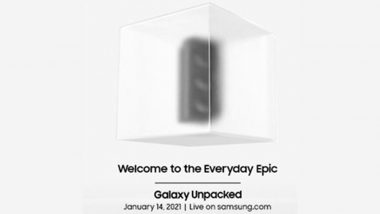 New Delhi, Jan 14: South Korean tech giant Samsung is all set to launch its latest flagship devices in the Galaxy S21 series, along with Buds pro and a SmartTag. Samsung would announce its next lineup of flagship phones — S21, S21 Plus, and the S21 Ultra, during a global event on Thursday. The company will also launch a new truly wireless earbuds (TWS) called Galaxy Buds Pro along with a Tile-like item tracker, the Galaxy SmartTag. Samsung Galaxy Unpacked 2021: Galaxy S21 Series Launching Today, Watch LIVE Streaming of the Event Here.

The company is expected to announce India pricing at the global event itself. The event will be streamed on the company's website and Facebook page from 8 pm in India, while the global launch will begin at 8:30 pm.

Get ready to experience the Epic in Everyday. Tune in for the livestream tonight at 8 PM and be one of the first 21 to win the next Galaxy device. Hurry! #SamsungUnpacked https://t.co/WeXXAVjS9t 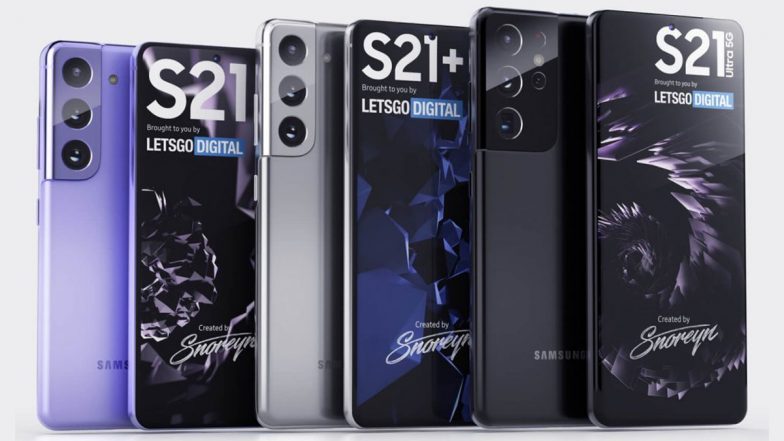 The high-end S21 Ultra is likely to support the S-Pen stylus that has been used for the Galaxy Note phablets. The Samsung Galaxy S21 camera module is supposed to feature a 10MP 10X super-telephoto zoom, a 108MP main, a 12MP ultrawide and a 10MP 3X telephoto camera. The Galaxy S21 Ultra might feature a laser autofocus system that would replace the Time-of-Flight (ToF) sensor found in its predecessor. 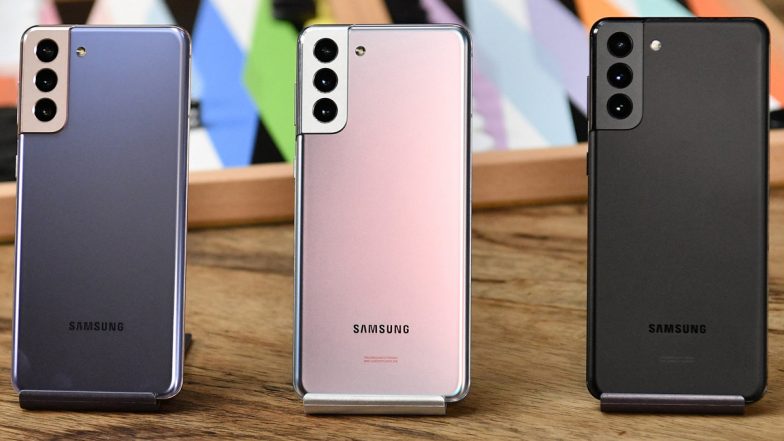 The upcoming Galaxy Buds Pro was recently spotted on Samsung Canada's website with the SM-R190 model number that has already been a part of reports highlighting the existence of the new Galaxy Buds-series earbud. TWS will pack a significant 472mAh battery, which could very well be the battery capacity of the case of the TWS, as it is unlikely that the individual buds will have such a large battery capacity.

The Galaxy Buds Pro are expected to have an in-canal fit unlike the bean-shaped Galaxy Buds Live. There will also be active noise cancellation (ANC), along with other features such as gesture controls, app support, and Scalable Bluetooth codec support. In addition, the tech giant is expected to announce a new Tile-like device for tracking lost items like its own devices. The 'Galaxy SmartTag' would use Bluetooth to connect with nearby devices and broadcast its location.

(The above story first appeared on LatestLY on Jan 14, 2021 01:56 PM IST. For more news and updates on politics, world, sports, entertainment and lifestyle, log on to our website latestly.com).