Samsung is reportedly working on a sensor-shift stabilisation technology to offer better photo quality and improved stabilisation for images. Apple brought this technology for the first time on its iPhone devices with the iPhone 12 Pro Max 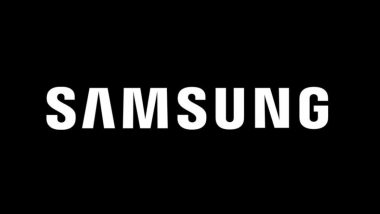 Apple said that this tech is capable of making the 7P lens handle the light better, improve ISO sensitivity to about 87 per cent, and improve stabilisation. The technology would theoretically allow Samsung to ditch lens stabilisation methods, leading to simple, cheaper lens designs, according to Android Authority.

The company may need more space around the sensor to implement the technology, especially if it chooses to include it on its larger primary camera sensors, the report said. Rumours say that Samsung's foldable devices, which are usually marketed with different USPs, could get the tech in a Galaxy Z Fold 3 Special Edition version.

(The above story first appeared on LatestLY on Apr 13, 2021 05:46 PM IST. For more news and updates on politics, world, sports, entertainment and lifestyle, log on to our website latestly.com).