Crocodile Attacks to Rise Due to Global Warming, Says Expert 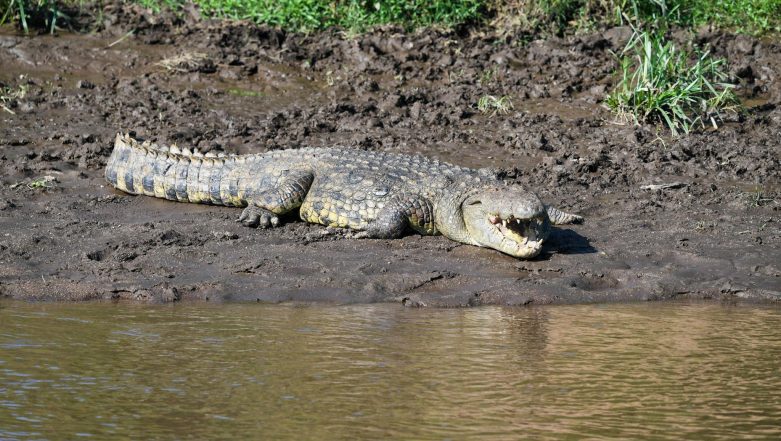 Canberra, June 23: The number of crocodile attacks could rise due to global warming, an Australian expert said on Sunday. Adam Britton, a zoologist from the Research Institute for the Environment and Livelihoods (RIEL) at Charles Darwin University (CDU) in the Northern Territory (NT),said that as temperatures rise, crocodiles will move into areas that they never previously inhabited, reports Xinhua news agency. Python Eats a Crocodile! Photographer Captures Incredible Pictures of the Attack in Queensland, Australia (View Pics).

He said that the spread of the population would mean the reptiles will come across with people who have never come into contact with the reptiles before. "As the planet warms, it does mean crocodile attacks are going to go up as a direct result, because as it warms, it's going to change the distribution of crocodiles," Britton said.

"We're seeing in Indonesia, crocodiles move into places that they haven't been seen for a long time or seen before and we're getting a string of attacks. "Crocodiles will move after loss of habitat and move into areas where people aren't used to them," he added. Crocodile Kills Fisherman in Zimbabwe by Biting his Penis Off; Body Recovered.

According to Britton, there have already been sightings of crocodiles in populated areas of northern Queensland where they have been rarely spotted.