Langya Virus Discovered by Scientists in China; Here Are the Symptoms, Severity and Spread

Scientists have identified a new ‘ Langya’ virus in China that can cause severe fever and is transmitted to humans from animals. As per some news media reports, the Langya henipavirus (LayV) was found in 35 people in the Shandong and Henan provinces of China, who were tested between 2018 and 2021. 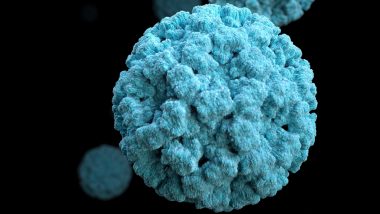 Scientists have identified a new ‘ Langya’ virus in China that can cause severe fever and is transmitted to humans from animals. As per some news media reports, the Langya henipavirus (LayV) was found in 35 people in the Shandong and Henan provinces of China, who were tested between 2018 and 2021.

What is Langya henipavirus (LayV)?

LayV is part of a genus of viruses called henipaviruses that are typically related to, but genetically distinct from, the Nipah and Hendra viruses. The Hendra virus was first identified in Australia in 1994 and is known to infect humans and horses. The Nipah virus, first identified in 1999 in Malaysia, is also part of the same genus.virus was first detected in the north-eastern provinces of Shandong and Henan in late 2018 but it was formally identified by scientists recently. Langya Virus: What Is This New Langya Henipavirus? Here’s Everything You Need To Know.

All you need to know about this virus;

Symptoms: The typical symptoms of LayV include fever, fatigue, cough, loss of appetite, muscle aches and pneumonia. Other symptoms may include body aches, nausea, vomiting, headaches, and some form of respiratory illness.

Spread: LayV genome falls under the category of zoonotic RNA viruses. As per the World Health Organization, Zoonoses are animal diseases that transmit to humans and comprise a large percentage of new and existing diseases in people.

Hence, the Langya virus passes from animals to humans. Due to the small sample size of infected individuals, the researchers have not been able to identify if this virus can be spread through people-to-people transmission.

Fatality: So far, no deaths have been reported in any of the people who are known to have been infected with this virus. If LayV’s fatality is to be understood from the other viruses belonging to the same genes, namely, Nipah and Hendra viruses – their fatality ranges between 40 and 70%, according to the US Centers for Disease Control and Prevention.

From what is understood till now, LayV is most closely related to the Mojiang virus, which was discovered in southern China. As per some media reports, the Taiwan Centers for Disease Control (CDC) on Sunday announced that it would implement genome sequencing and surveillance measures for the virus.

(The above story first appeared on LatestLY on Aug 12, 2022 04:54 PM IST. For more news and updates on politics, world, sports, entertainment and lifestyle, log on to our website latestly.com).