Scientists have fabricated a device that can mimic human brain cognitive actions and is more efficient than conventional techniques in emulating artificial intelligence, thus enhancing the computational speed and power consumption efficiency. 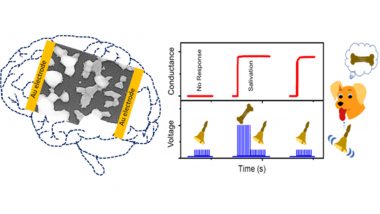 Scientists have fabricated a device that can mimic human brain cognitive actions and is more efficient than conventional techniques in emulating artificial intelligence, thus enhancing the computational speed and power consumption efficiency.

Artificial intelligence is now a part of our daily lives, starting from email filters and smart replies in communication to helping battle the Covid-19 pandemic. But AI can do much more such as facilitate self-driving autonomous vehicles, augmented reality for healthcare, drug discovery, big data handling, real-time pattern/image recognition, solving real-world problems, and so on. These can be realised with the help of a neuromorphic device which can mimic the human brain synapse to bring about brain-inspired efficient computing ability. The human brain comprises of nearly a hundred billion neurons consisting of axons and dendrites. These neurons massively interconnect with each other via axons and dendrites, forming colossal junctions called synapse. This complex bio-neural network is believed to give rise to superior cognitive abilities.

Software-based artificial neural networks (ANN) can be seen defeating humans in games (AlphaGo and AlphaZero) or helping handle the Covid-19 situation. However, the power-hungry (in megawatts) von Neumann computer architecture slows down ANNs performance due to the available serial processing while the brain does the job via parallel processing consuming just 20 W. It is estimated that the brain consumes 20% of the total body energy. From the calory conversion

To overcome this bottleneck, a hardware-based solution involves an artificial synaptic device that, unlike transistors, could emulate the functions of human brain synapse. Scientists had long been trying to develop a synaptic device that can mimic complex psychological behaviors without the aid of external supporting (CMOS) circuits.

To address this challenge, Scientists from Jawaharlal Nehru Centre for Advanced Scientific Research, Bengaluru, an autonomous institute of the Department of Science & Technology, Government of India, devised a novel approach of fabricating an artificial synaptic network (ASN) resembling the biological neural network via a simple self-forming method (the device structure is formed by itself while heating). This work has been recently published in the journal ‘Materials Horizons’.

Aiming to develop a synaptic device for neuromorphic applications with a humble fabrication method, the JNCASR team explored a material system mimicking neuronal bodies and axonal network connectivity much like the biological system. In order to realize such a structure, they found that a self-forming process was easy, scalable, and cost-effective.

In their research JNCASR team dewetted Silver (Ag) metal to form branched islands and nanoparticles with nanogap separations to resemble bio neurons and neurotransmitters where dewetting is a process of rupture of continuous film into disconnected/isolated islands or spherical particles. With such an architecture, several higher-order cognitive activities are emulated. The fabricated artificial synaptic network (ASN) consisted of Silver (Ag) agglomerates network separated by nanogaps filled with isolated nanoparticles. They found that dewetting Ag film at a higher temperature resulted in the formation of island structures separated by nanogaps resembling the bio-neural network.

Using programmed electrical signals as a real-world stimulus, this hierarchical structure emulated various learning activities such as short-term memory (STM), long-term memory (LTM), potentiation, depression, associative learning, interest-based learning, supervision, etc. impression of supervision. Synaptic fatigue due to excessive learning and its self-recovery was also mimicked. Remarkably, all these behaviors were emulated in a single material system without the aid of external CMOS circuits. A prototype kit has been developed to emulate Pavlov’s dog behavior which demonstrates the potential of this device towards neuromorphic artificial intelligence. By organizing a nanomaterial resembling the biological neural substance, the JNCASR team has moved a step further in accomplishing advanced neuromorphic artificial intelligence. 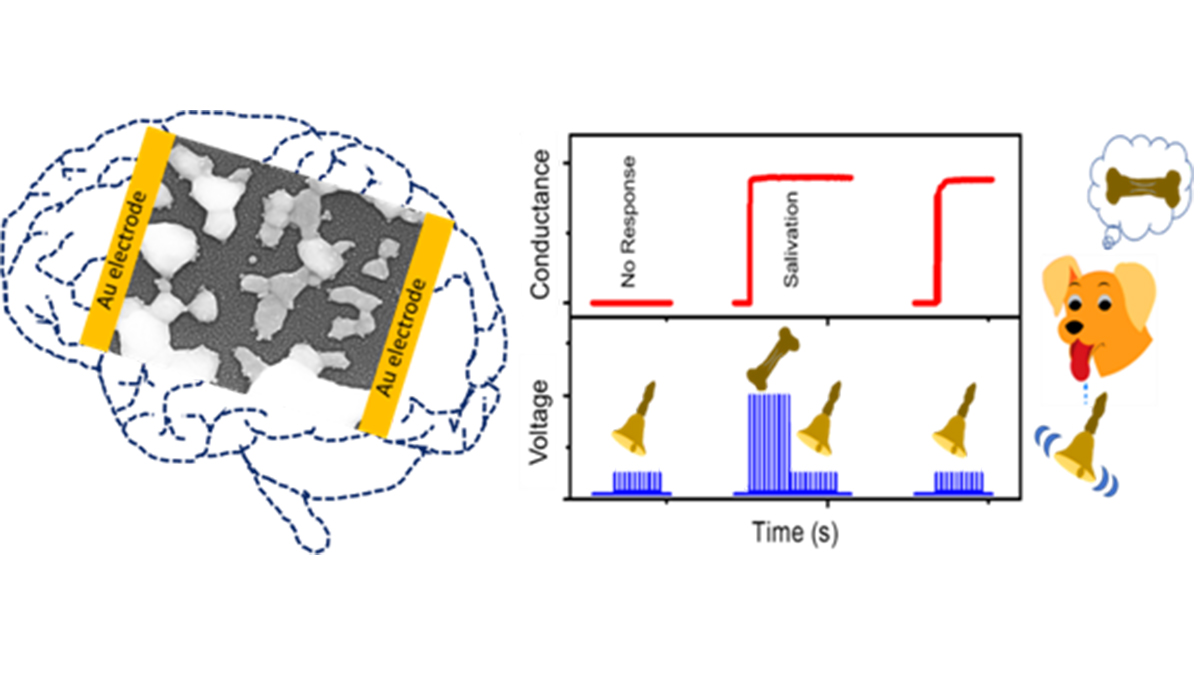 “Nature has had an incredible amount of time and diversity to engineer ever new forms and functions through evolution. Learning and emulating new processes, technologies, materials and devices from the nature and biology are the important pathways to the significant advances of the future which will increasingly integrate the worlds of the living with the man-made technologies,” said Prof Ashutosh Sharma, Secretary, DST.

(The above story first appeared on LatestLY on May 31, 2021 06:05 PM IST. For more news and updates on politics, world, sports, entertainment and lifestyle, log on to our website latestly.com).