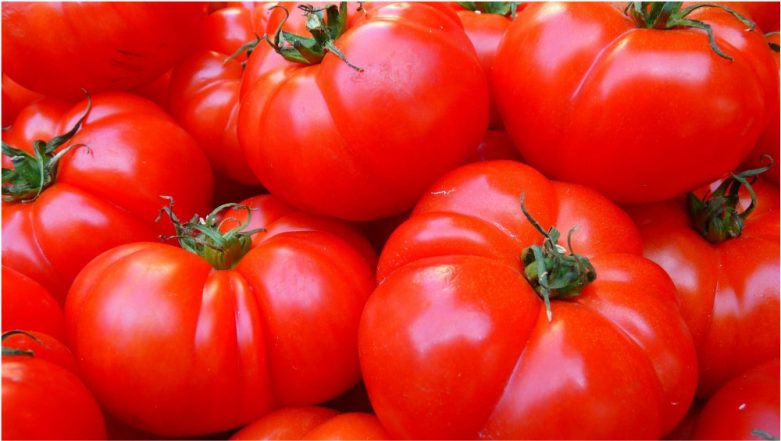 Tomatoes add a lovely flavour to a sandwich of even a burger and tomato ketchup and fries is a match made in heaven. But ever fancied having a spicy tomato? Well, soon you may be able to consume spicy tomatoes as scientists who specialise in genetics could change that. In the new paper published in Trends in Plant Science, researchers suggest that by studying the DNA of the chilli pepper they could give the tomatoes a potent kick. Tomatoes and chilli peppers developed from a common ancestor. The Carolina Reaper: 6 Amazing Facts about the Deadly Chili Pepper Which Causes Thunderclap Headaches.

By altering tomatoes to produce capsaicinoids – the compounds that cause the burning sensation in our mouths when eat something spicy – scientists believe they could make mass production of capsaicin for various commercial uses. Senior author of the study, Agustin Zsogon said in a statement, “Engineering the capsaicinoid genetic pathway to the tomato would make it easier and cheaper to produce this compound, which has very interesting applications.”

Capsaicin has a number of uses that go beyond adding spice to your food. The compound is used in the weapons industry for pepper spray, used for anaesthetics and there is some research showing that they promote weight loss. A tomato plant that produces capsaicin could make it easier and cheaper to produce large quantities of the compound more rapidly.

Zsogon said, “All the genes to produce capsaicinoids exist in the tomato, they are just not active.” Using a gene-editing technology such as variation of Crispr-Cas9, it would be possible to switch these genes back on in tomatoes, adding a kick to the fruit, he added. However, the process of genetically tweaking a tomato species to generate the compound naturally is challenging and determining which genes are directly responsible for its production will take time.