According to reverse engineer Nima Owji, the Reactions feature, which started being tested a couple of months ago, is set to launch soon 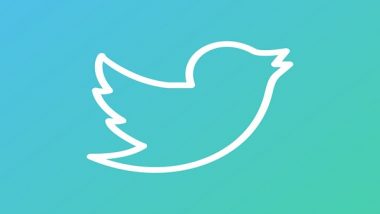 According to reverse engineer Nima Owji, the Reactions feature, which started being tested a couple of months ago, is set to launch soon, reports 9To5Mac. Twitter Conducting First Shopping Livestream in Collaboration With Walmart on November 28

With four new reactions, "tears of joy," "thinking face," "clapping hands" and "crying face," this feature is designed to give users the ability to better show how conversations make them feel and to give users "a better understanding of how their Tweets are received".

Citing the reverse engineer, the report also mentioned that the micro-blogging site is now able to store data about the downvotes feature, which is another indicator that this function will be released sooner rather than later.

The report also notes that the company changed the downvote position as well. It has even added a new tab explaining how downvotes work. Twitter Reportedly Stops Auto-Load New Tweets on Web

This month, the company has rolled out its in-app tipping feature to all Android users above the age of 18, following the iOS launch in September.

Twitter said the "Tips" feature is geared toward users looking to get a little financial support from their followers through Cash App, PayPal, Venmo and Patreon directly through the app.

(The above story first appeared on LatestLY on Nov 28, 2021 01:25 PM IST. For more news and updates on politics, world, sports, entertainment and lifestyle, log on to our website latestly.com).