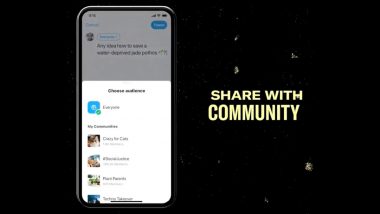 XXX website OnlyFans has been quite a success with the subscription-based pattern of disseminating content. But will that formula work for everyone? Doesn't look like. Twitter is now exploring a subscription option called "super follows" that will help people earn money for exclusive content. One can charge via subscription for the content they give away under the "super follow" feature.  However, the feature is in its extreme primal stage and is being internally tested. "Super follow" is far from being launched in the current scenario but the mere idea of it wasn't taken very well by netizens who seem to not be very happy paying for exclusive content on Twitter.  Twitter is exploring the pattern of companies such as Patreon, OnlyFans or Substack that offer the chance to make money from significant or devoted followers.

A spokesperson for Twitter said the company had been "examining and rethinking the incentives of our service — the behaviours that our product features encourage and discourage as people participate in a conversation on Twitter."

This new feature called "super follow" may potentially allow paid tweets, with a new Super Follow system. Very similar to Patreon or OnlyFans, the Super Follow will offer a new way for those with followings on Twitter to monetize that audience, with everything from exclusive content to special badging. One of the most common expectations has been a monthly or annual subscription, which would remove ads from users’ timelines, among other potential perks.

(they’ve started working on it in the web app since at least few weeks ago) https://t.co/5YBmEfgsUn pic.twitter.com/JlkrZNjLBo

However, the reactions of netizens were quite mixed. Many didn't like the idea of paying for tweets. This got #RIPTwitter trending on the micro-blogging site. Someone wrote on Twitter: "No one. I repeat. No one’s tweets are worth paying for. RIP Twitter paid content." "So, now I can't fix my typos, but you CAN pay to read them! RIP Twitter #riptwitter #twitter@jack," said another.

(The above story first appeared on LatestLY on Feb 26, 2021 12:16 PM IST. For more news and updates on politics, world, sports, entertainment and lifestyle, log on to our website latestly.com).